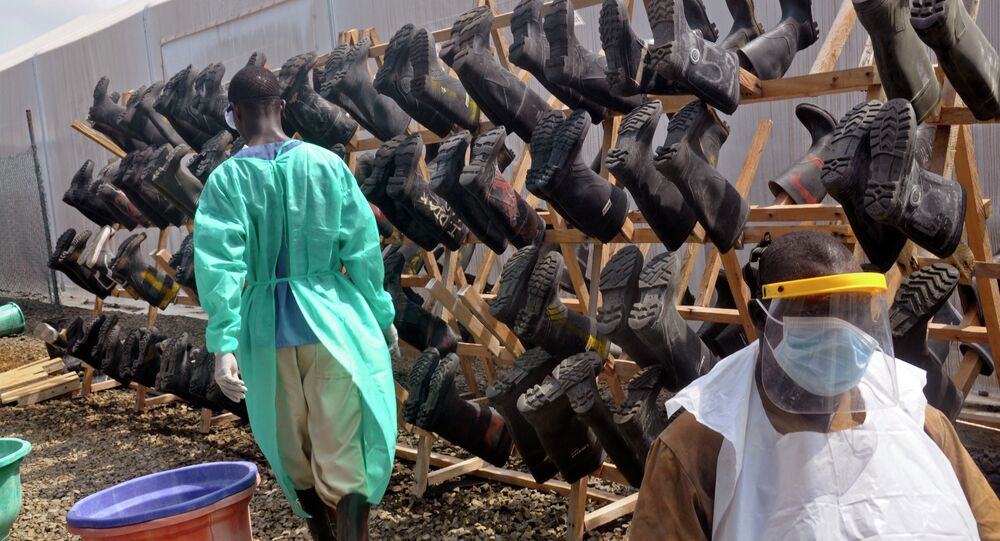 Donors have pledged around $3.4 billion to held Liberia, Sierra Leone and Guinea that are struggling to recover from the Ebola virus outbreak.

UNITED NATIONS (Sputnik) – Clark stressed that decisive action and international support are crucial to addressing the "devastating" social and economic impacts of Ebola on Liberia, Sierra Leone and Guinea.

© CC BY 2.0 / TNS Sofres
Russia's Ebola Vaccine Research to be Released in August

"While ‘getting to zero, and staying at zero’ [cases] must continue to be central to the sustained Ebola response, national governments rightly want to intensify recovery and development efforts," UN Development Program Administrator Helen Clark said at a Friday International Ebola Recovery Conference at the UN Headquarters in New York.

According to UN Secretary General’s Special Envoy on Ebola David Nabarro, the aid pledges made at the conference on Friday are "a very promising moment."

"The amount pledged represents a tremendous springboard for recovery," Nabarro said on Friday.

According to Clark, funds from international donors will "support the three countries in getting firmly back on their development track."

The current Ebola outbreak began in Guinea in December 2013 and spread to the neighboring West African countries, claiming the lives of over 11,000 people, according to World Health Organization (WHO) estimates. The number of registered cases has exceeded 27,000.

Several countries, including the United Kingdom, Canada and Russia are currently testing their vaccines against the virus.

US Ambassador to Russia Declines to Compare Russia and Ebola

Olive Ebola Threatening to Wipe Out Crop in Spain