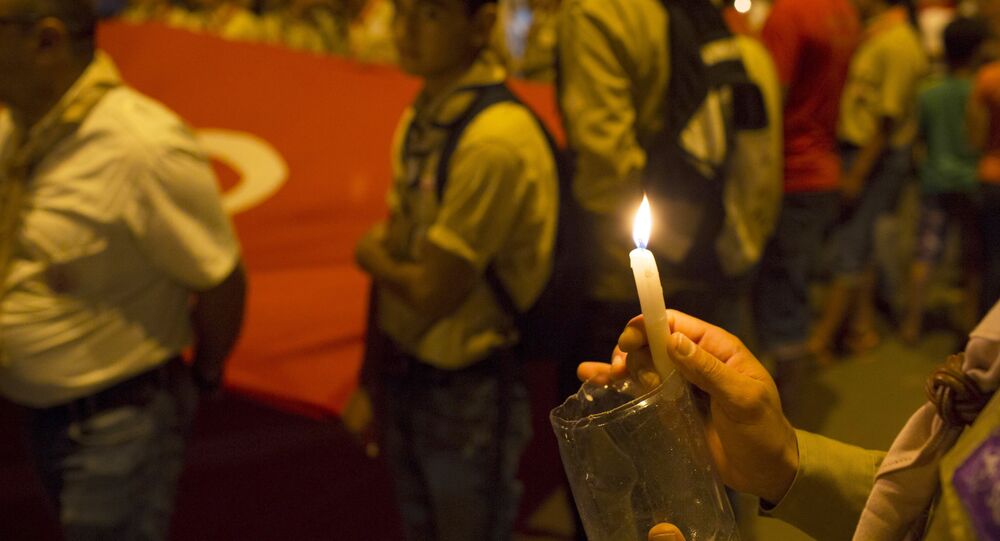 A terrorist attack on Friday claimed the lives of 40 people in the country's resort town of Sousse.

© AP Photo / Aimen Zine
UK Foreign Office Warns of New Terror Attacks in Tunisia
MOSCOW (Sputnik) — People in Tunisia’s northeastern resort town of Sousse took to the streets late Saturday to protest against terrorism, after up to 40 were killed in a shooting spree there two days ago, UK’s broadcaster BBC reported.

People, carrying burning candles, Tunisian flags and banners that said "No to Terrorism," marched through the streets of Sousse overnight.

Tunisians fear that the country’s tourism industry could be hurt by the terrorist violence. In 2014, the North African nation was visited by more than six million holidaymakers from all over the world, according to BBC. Tourism accounts for 15 percent of Tunisia’s budget incomes.

Tourists have been fleeing the country since Friday’s attack on a beach and a coastline hotel killed and wounded scores of people, mostly foreigners. The Islamic State claimed responsibility for the deadly shooting.