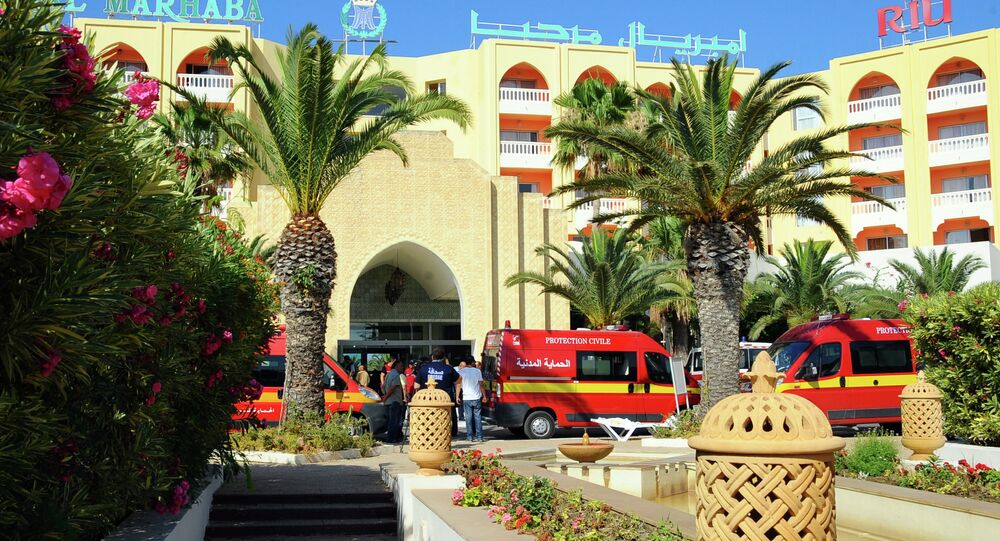 Thirty-nine people were killed in the attack on a northeastern Tunisian resort, when a gunman pretending to be a swimmer opened fire at tourists on Friday.

"The majority are British. After come the Germans, then the Belgians and then other nationalities," Essid said, adding there were also French citizens killed in the attack that claimed a total of 39 lives, according to Sky News.

The outlet cited UK Foreign Secretary Philip Hammond as saying earlier that at least five British nationals died in the shooting, and the number was likely to rise.

© AP Photo
US Urged to Pressure Tunisia, Kuwait on Human Rights After Terror Attacks
Some 40 people were wounded in the attack on a northeastern Tunisian resort, most of them holidaymakers from around the world. A list of victims taken to Tunisian hospitals, which was obtained Friday by Sputnik, showed there were 33 British nationals among the injured, as well as a Russian and a Ukrainian citizens.

On Friday, a gunman pretending to be a swimmer opened fire at tourists at a Tunisian beach before entering a hotel, where he started shooting randomly as he walked past the pool. The terrorist was killed in a fire exchange with police. Islamic State later claimed responsibility on a Twitter account linked to this violent militant group.