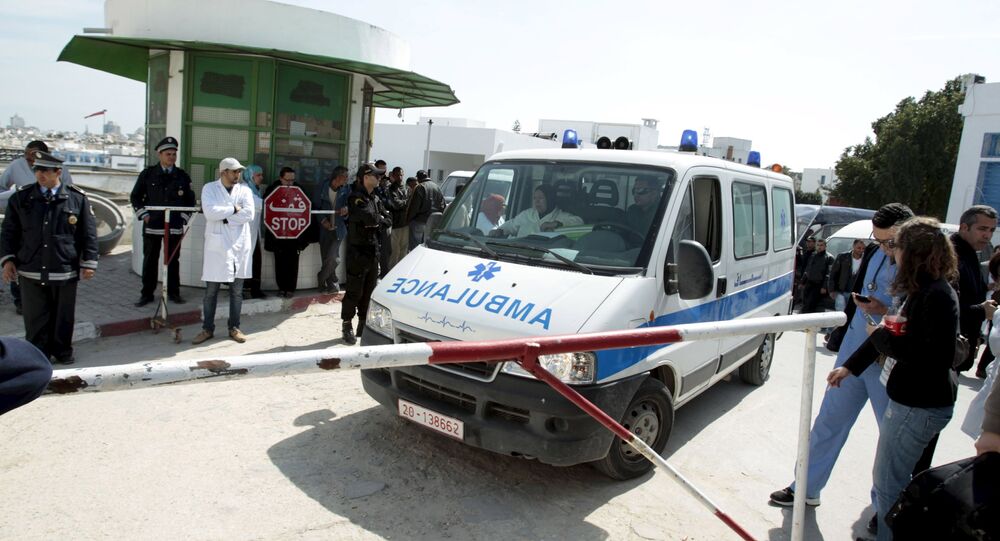 US Embassy in Tunisia Advises Americans to Avoid Large Gatherings

US citizens in Tunisia should stay away from crowded areas and be mindful of the possibility of being kidnapped, the US embassy in Tunisia said in a message on Friday.

WASHINGTON (Sputnik) — Earlier on Friday, two gunmen opened fire at beachfront hotel in Tunisia killing 37 people. Citizens of Britain, Belgium, Germany and Ukraine were among the victims of the attack, according to local medics and officials.

© REUTERS / Amine Ben Aziza
Russian, Ukrainian, 33 UK Citizens Injured in Tunisia Resort Attack
“US citizens are reminded to exercise caution and avoid areas where large gatherings may occur,” the message said. “US citizens should also be alert to the possibility of kidnapping.”

The Embassy also reminded Americans visiting Tunisia to be careful when visiting venues with large numbers of foreigners, such as hotels, shopping centers, tourist sites and restaurants.

“US citizens should monitor local events, report suspicious activity to the local police and take appropriate steps to bolster their own security,” the message added.

The assault on the hotel followed a deadly terrorist attack on the Tunis Bardo National Museum in March 2015, which resulted in the death of 24 people, including two of the three gunmen.