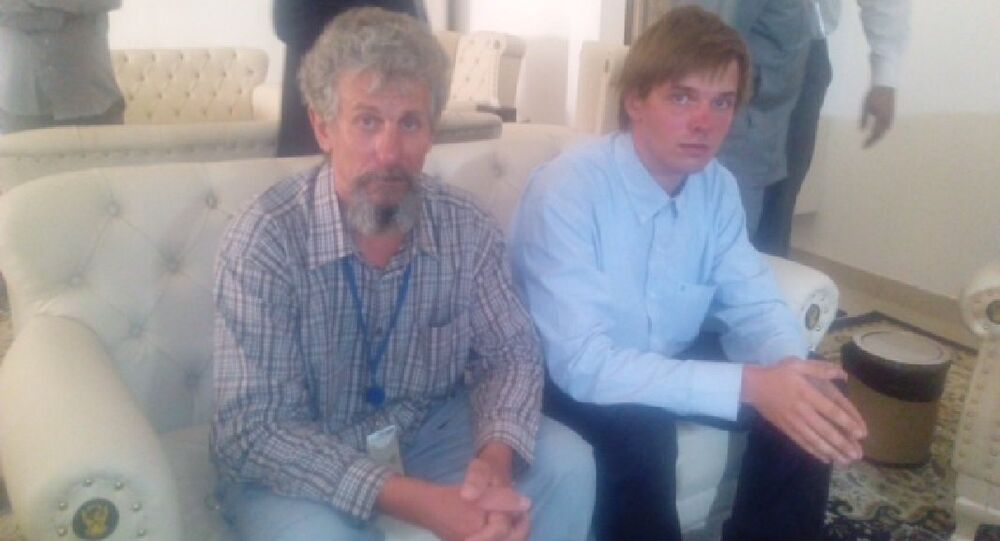 Two Russian nationals, who had been kidnapped in Sudan’s troubled region of Darfur in January, were released, the press officer at the Russian embassy in Khartoum told Sputnik Saturday.

MOSCOW (Sputnik) — A manager and a technician employed by the Russian UTair airline and contracted by the African Union-UN peacekeeping mission (UNAMID) in western Sudan had been abducted by unidentified gunmen on January 29.

© AFP 2021 / ASHRAF SHAZLY
Negotiations for Release of 2 Russian Citizens Abducted in Sudan Continuing
He added that the captives had been freed following negotiations without using force or paying ransom.

The embassy has contacted the relatives of the two Russians, who are set to be transported to capital Khartoum later on Saturday.

"On the evening of June 5 Russian citizens Mikhail Antyufeev and Sergei Cherepanov, who were abducted in the Sudanese province of Darfur on January 29, were freed," a statement published on the Russian Foreign Ministry’s official website said.

The Darfur province has been the epicenter of violent clashes between Sudanese government troops and rebels since 2003.

Negotiations for Release of 2 Russian Citizens Abducted in Sudan Continuing