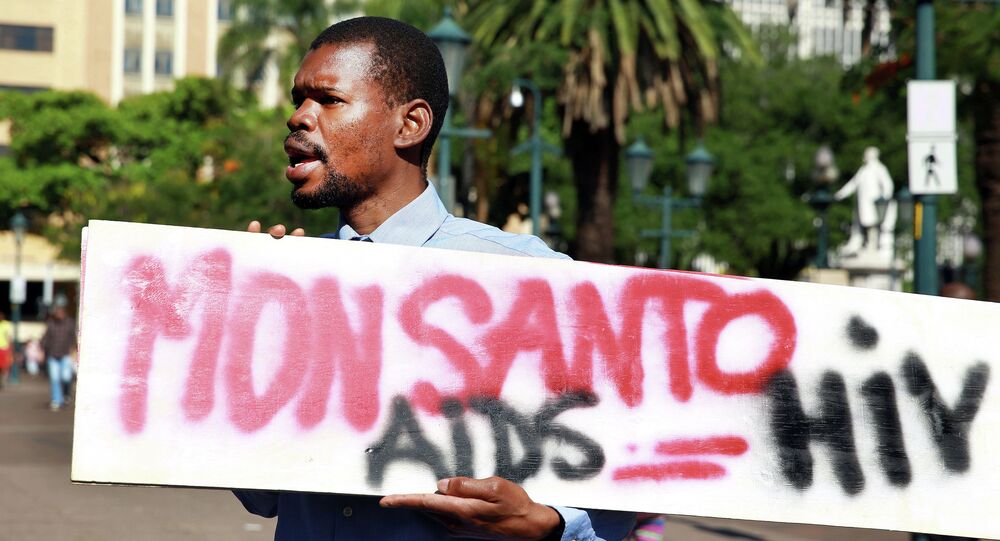 Thousands will protest against agri-business giant Monsanto and the health hazards its products pose to consumers and local farmers alike in West and South Africa.

In the West African nation of Ghana, anti-Monsanto rallies are led by several national trade unions and farmer groups, including the Peasant Farmers Association of Ghana and the General Agricultural Workers Union of the Trades Union Congress.

Some gathered outside Monsanto's office in the Ghanaian capital of Accra, the grassroots Food Sovereignty Ghana advocacy group said on its social media account.

© AFP 2020 / Manjunath KIRAN
Australia Kicks Off Annual March Against GMO Giant Monsanto
The protest are also underway in South Africa's Durban, groundWork non-profit organization said on its Twitter account. Demonstrators sought to kick Monsanto out of the country and ban genetically modified organisms altogether, according to the watchdog.

"'M' is for mass murder," read one of the placards at the march in Cape Town, another South African city, according a photo posted on Twitter by a participant of the rally.

Founded in 1901 as a food additive company, Monsanto now employs 22,000 people across 61 countries and is the world's leading producer of genetically engineered seeds and chemical herbicides.