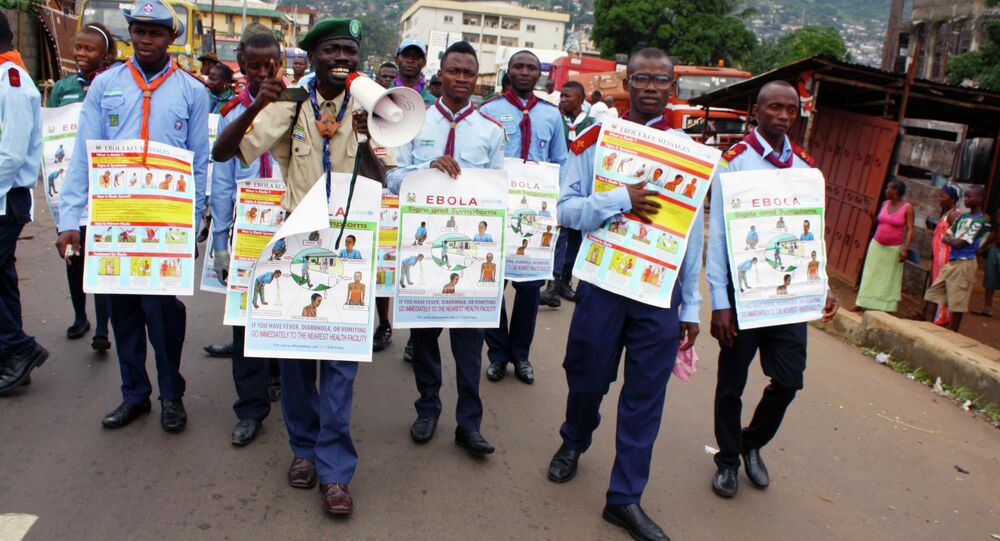 Moscow will allocate $2 million to the United Nations Children's Fund (UNICEF) programs to fight Ebola in West Africa's Guinea, Liberia and Sierra Leone, according to an agreement signed Wednesday night in New York.

© AFP 2020 / ZOOM DOSSO
Ebola Outbreak in Sierra Leone May Be Over in 3 Months – WHO Official
UNITED NATIONS (Sputnik) — The money Russia donated will be spent mostly on improving sanitary and hygiene conditions to prevent new outbreaks of the deadly disease.

"The current contribution is a part of a bigger assistance our country is providing to the three countries that were hit the most. Since the middle of the last year Russia had allocated more than $40 million to fight Ebola – both through bilateral assistance and the United Nations system (including the Food and Agriculture Organization and the World Health Organization,)" Russia's deputy permanent representative to the UN Dmitry Maksimychev said.

© Fotolia / motorlka
Russia Could Have Ebola Vaccine by End of Summer - Deputy PM
Bentein noted that the Ebola crisis is not over and that the humanitarian organization needs continued funding not only to eliminate new outbreaks but also for recovery work, especially in schools and health centers.

According to the most recent WHO report, as of May 20 there have been almost 27,000 confirmed, probable and suspected cases of Ebola. In the past week there have been 35 newly registered cases. The disease has claimed 11,120 lives.