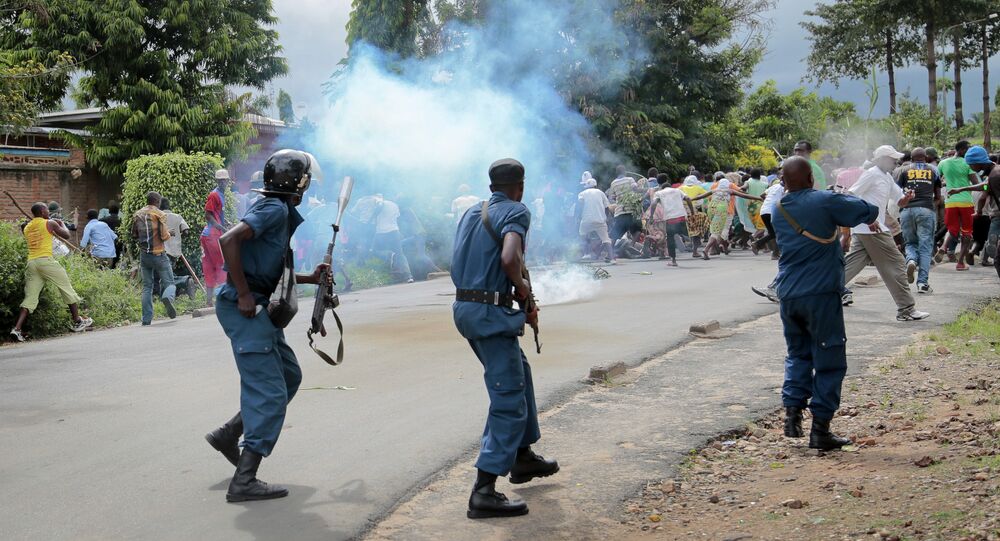 “The situation is under control. A coup attempt has failed,” the statement reads.

Earlier on Wednesday, Burundi Army Major General Godefroid Niyombareh, who was fired as the top intelligence official last February, said that President Nkurunziza has been dismissed.

© REUTERS / Goran Tomasevic
Burundi Police Fire Live Ammo at Hundreds of Anti-President Protesters
Nkurunziza has already served two consecutive terms in office, but the constitutional court endorsed the president’s bid saying his first term – for which he was appointed by the parliament, rather than re-elected – did not count.

The protests in Burundi recently turned violent, with over 20 deaths and injuries reported in the country.

President Nkurunziza is currently in Tanzania on a regional summit. He refused to postpone the election, arguing that his presidential bid is in accordance with the country’s constitution.