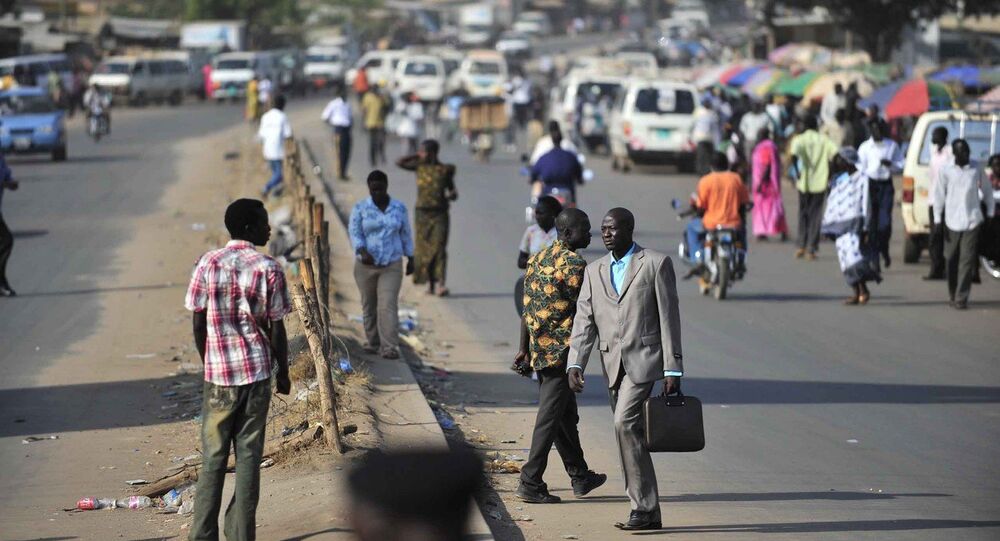 The Sudanese government has refused to pay a ransom to criminals, who kidnapped two employees of the Russian UTair airline in the central province of Darfur, a source in the Sudanese Foreign Ministry said Thursday.

MANAMA (Sputnik) — Earlier in the day, Sudanese Foreign Ministry's spokesman Ali Sadiq stated that both Russian citizens are alive and local authorities are continuing efforts to secure their release.

A manager and a technician employed by Russian airline UTair and contracted by the African Union-UN peacekeeping mission (UNAMID) in western Sudan were abducted by unidentified gunmen on January 29.

© Sputnik / Vitaliy Belousov
Russians Kidnapped in Sudan Alive, Release Efforts Ongoing
"Sudan's government in accordance with the previously established practice did not respond to the ransom demand of the Russian nationals' kidnappers, so as not to encourage lawbreakers to repeat such actions," the source told RIA Novosti.

Both hostages are reportedly being held in a remote mountainous area in the Jebel Avon region, not far from Zalingei city in Sudan.

The Darfur province has been the epicenter of violent clashes between Sudanese government troops and rebels since 2003. The area has become notorious for a surge in crime, including robberies, kidnappings and killings.