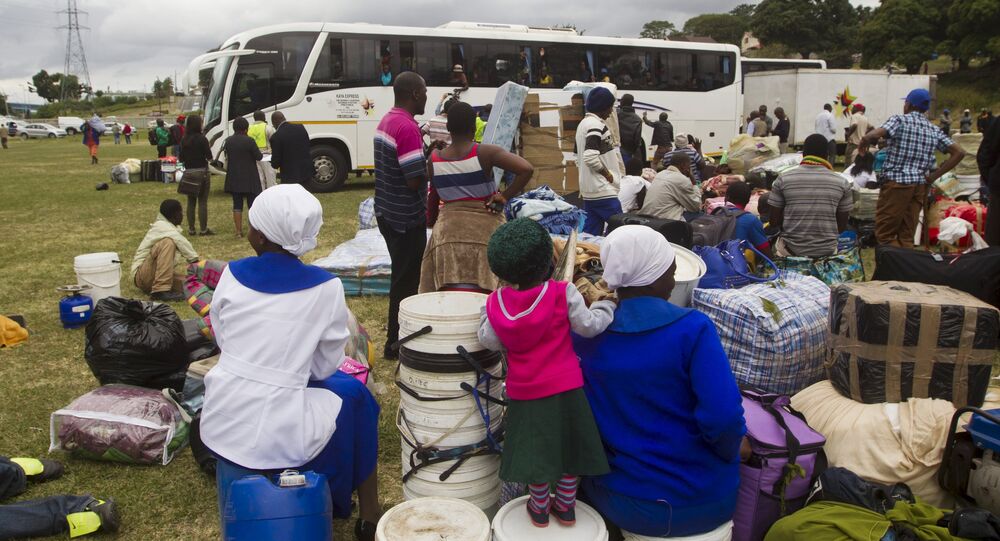 Hundreds of people took to the streets of South Africa’s executive capital to protest against xenophobia.

MOSCOW (Sputnik) — Hundreds of people took to the streets of South Africa’s executive capital Pretoria to protest against xenophobia and a recent wave of attacks against foreign nationals in the country, IOL News reported Friday.

© AP Photo / Ben Curtis
South Africa Deploys Army to Tackle Rising Anti-Immigrant Violence
A series of attacks on immigrants in South Africa began in early April in the western province of KwaZulu-Natal, claiming the lives of at least seven people. The unrest later spread across the country.

The demonstrations follow a large anti-xenophobic march in South Africa's largest city Johannesburg attended by about 30,000 people on Thursday.

The violence against foreigners has reportedly prompted almost 1000 foreign nationals to flee the country, according to the South African authorities.

More Than 300 Arrested in South Africa Over Attacks on Foreigners