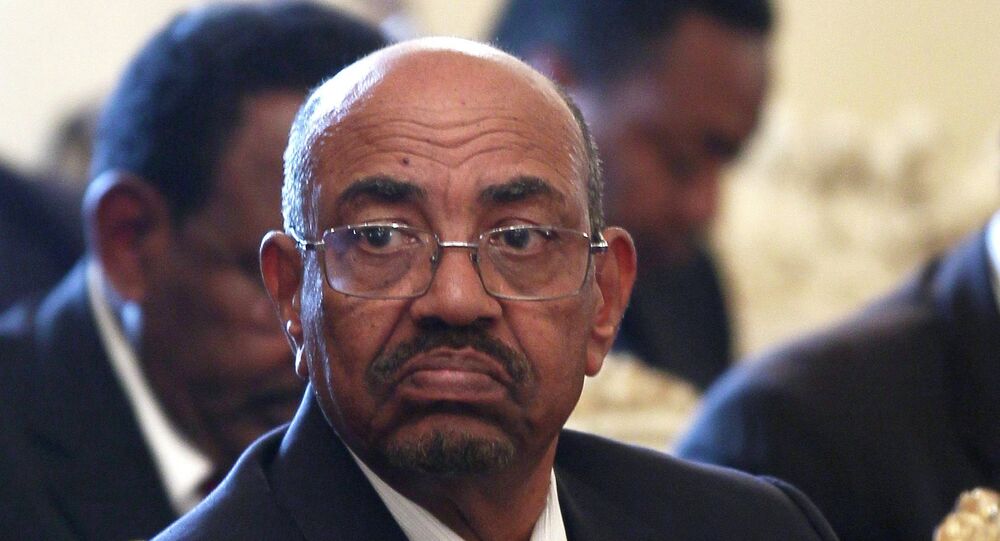 A three-day election period has begun in Sudan, with the incumbent President Omar al-Bashir expected to attain a clear victory.

© REUTERS / Saudi Press Agency/Handout via Reuters
Sudan Ready to Send Ground Troops to Yemen if Needed – Minister
Polling booths in Sudan opened on Monday at the beginning of three days of voting to elect a president, as well as fill the National and State Assemblies. Omar al-Bashir, who has been in power since 1989, is expected to retain his presidency.

Al-Bashir, head of the National Congress Party [NCP], faces opposition from 14 other presidential candidates running in the election, however larger opposition groups have boycotted the elections, for which there are 11,000 polling stations across the country for 13 million registered voters, complaining that the process is not free and fair.

On Monday the chairman of Sudan's Independent Electoral Commission Mukhtar Al-Assam addressing criticism of the election process, said: "It is free and fair because all candidates are allowed to have their representatives in the polling stations to stay with the ballot boxes until the results are announced."

According to Al-Assam, 3,500 candidates representing 45 political parties are competing for 1,300 seats, the final results of which will be announced at the end of the month. The elections are the first since South Sudan declared independence in 2011.

YouTube/Hisham Omeisy
Sudan Loses Contact With Embassy in Yemen Amid Arab Coalition Airstrikes
Responding to a demand from the opposition to postpone the elections, Ibrahim al-Ghandour, deputy chairman of the NCP said that doing so would be a breach of the Sudanese constitution, since the current five-year term of office finishes this month.

"We are in a region of turmoil, in South Sudan, east, west and north — Boko Haram, al-Shabab, al-Nusra Front and ISIL," said  al-Ghandour. "We can’t leave the country without a legitimate government."

On the campaign trail al-Bashir, who is wanted by the International Criminal Court on charges of genocide committed by the Sudanese armed forces in Darfur, has promised the electorate rewards from his administration's recent strengthening of ties with Saudi Arabia, taking military participation in the Saudi-led coalition carrying out strikes on Houthi-controlled targets in Yemen.

Oil Company to Pay $232Mln for Violating US Sanctions Against Iran, Sudan