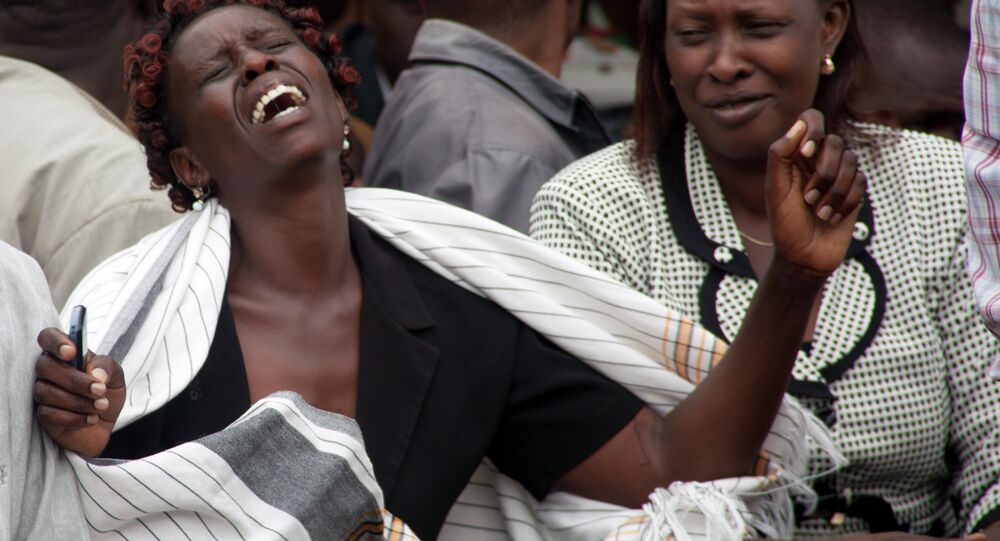 After three months, the term “Tous Charlie” [We’re All Charlie] has lost its emotional wave of solidarity and anger, especially when it comes to events that happen outside of the West when the victims are non-Europeans.

Despite screaming at the top of their lungs “Tous Charlie!” [We’re All Charlie] and pledging to stand together with the whole world against the horrors of terrorism and Islamic fundamentalism, Europeans have largely ignored the Garissa University College massacre, the brutal bloodshed in which 148 students were murdered, Jeremie Breaud wrote on Le Huffington Post.

The spirit of Charlie Hebdo does not extend to Africa or anywhere outside of the Western world. In the aftermath of the al-Shabaab attack on Garissa University College, media reports about the tragedy have been sparse, hashtags with the word “Garissa” did not go viral on social media and world leaders did not march on the streets of Nairobi.

Once again a tragedy in Africa is being ignored in the media. Not impressed.

Compared to the Western media’s overwhelming reaction to the Paris events, when a dozen people were killed in the Charlie Hebdo shooting, the media coverage of the incident in Garissa has been insufficient, especially considering the scale and barbarity of the Kenyan tragedy.

© Sputnik
Je Suis Charlie: Paris Unity March in Pictures
11
Now imagine for a second, if a tragedy of that scale took place in Europe? What if some terrorists brutally massacred students at the University of Paris-Dauphine or Lyon, Le Huffington Post asked. The public reaction around the world would have a lot different.

Those same African leaders, who attended the Paris unity march mourning the victims of the Charlie Hebdo satirical magazine, were silent after the Garissa massacre. Nobody came to Kenya to support people killed by Al-Shabaab because there was not enough international publicity, La Nouvelle Tribune said.

Currently, the Europeans are busy with the situation in Ukraine, the economy, immigration, Islamic State and the radicalization of European youth. It seems that Europeans are not too worried about the death of 148 Africans, after all, don’t they die every now and then trying to cross the Mediterranean Sea on boats?

© East News / Xinhua / eyevine
Militants Kill 20 Workers in Pakistan - Reports
This is not the first time that the deaths of non-Westerners were largely brushed off of mainstream media. Daily blasts and bombings, civil war and even military campaigns that take place in far and strange lands are not interesting to most people in the West. Europeans and North Americans go along with their lives, while millions of people around the world go to bed hungry, die from preventable diseases, endure hardships in refugee camps and are killed every day simply because they happened to be in the wrong place and at the wrong time. For the most part, these victims as nameless, insignificant and most importantly non-European, and that is why they will never be on the front pages of mainstream Western media agencies.
...
Reddit
Google+
Blogger
Pinterest
StumbleUpon
Telegram
WhatsApp
155