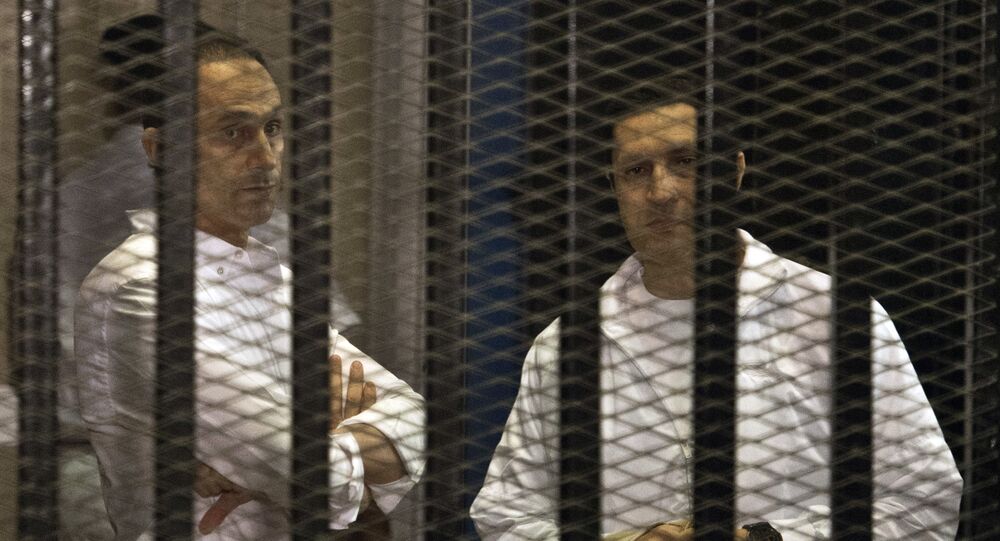 The Cairo Criminal Court began Saturday the retrial of the ousted President of Egypt Hosni Mubarak and his two sons.

In May 2014, the court sentenced Mubarak, who was toppled in 2011, to three years in jail for seizing over $14 million allocated at renovation of presidential palaces. His sons, Gamal and Alaa, have been sentenced to four years. In mid-January Egypt's Court of Cassation has overturn the conviction and ordered a retrial on the case.

Mubarak, 86, was previously accused of alleged involvement in the killing of 846 protesters in the 2011 uprising that ended his 30-year rule. Though initially sentenced to life imprisonment, Mubarak was acquitted of murder charges in November 2014. His sons as well as Egypt’s former Interior Minister Habib Adly and six aides were also found not guilty of conspiracy to commit murder.

The court also acquitted Mubarak and his family of corruption charges related to exporting gas to Israel.