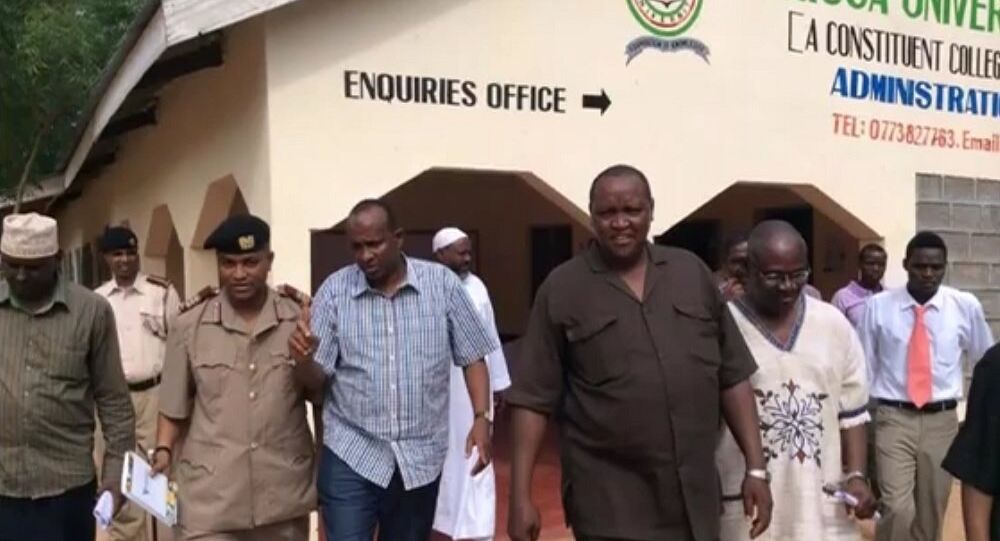 MOSCOW (Sputnik) — Two people were killed and 29 were injured Thursday, as several gunmen attacked Kenyan Garissa University, near the Somalian border, according to the country's Disaster Operations.

The agency stated that four people are in a critical condition. All those injured have been sent to a local hospital.

A team of inter-agency members managed to secure the university and are in the process of expelling the attackers, according to Disaster Operations.

Earlier in the day, gunfire and explosions were reported as unknown gunmen broke into the university and shot the guards. The attackers, after entering the university, shot indiscriminately.

© AP Photo / Farah Abdi Warsameh
US Terrorist, Wanted by FBI, Arrested in Somalia for Recruiting Militants for Al-Shabab
It is not clear who is behind the Thursday morning attack, but the country has been targeted by Somalian al-Shabaab militants.

Al-Shabaab, a clan-based militant group linked to al-Qaeda, took over most of southern Somalia in 2006 and later advanced to the central areas of the country.

In 2011, Kenya declared war on al-Shabaab after a series of kidnappings organized by the group and sent troops to Somalia. Since then, northeastern regions of Kenya have seen a number of terror attacks by the insurgent group.

The group killed more than 60 Kenyans in towns near the Somalian border in the last two months of 2014. The largest attack took place in September 2013 when al-Shabaab fighters attacked the Westgate shopping center in the capital of Kenya, Nairobi. According to official figures, 67 people were killed in the attack and 175 others sought medical assistance.