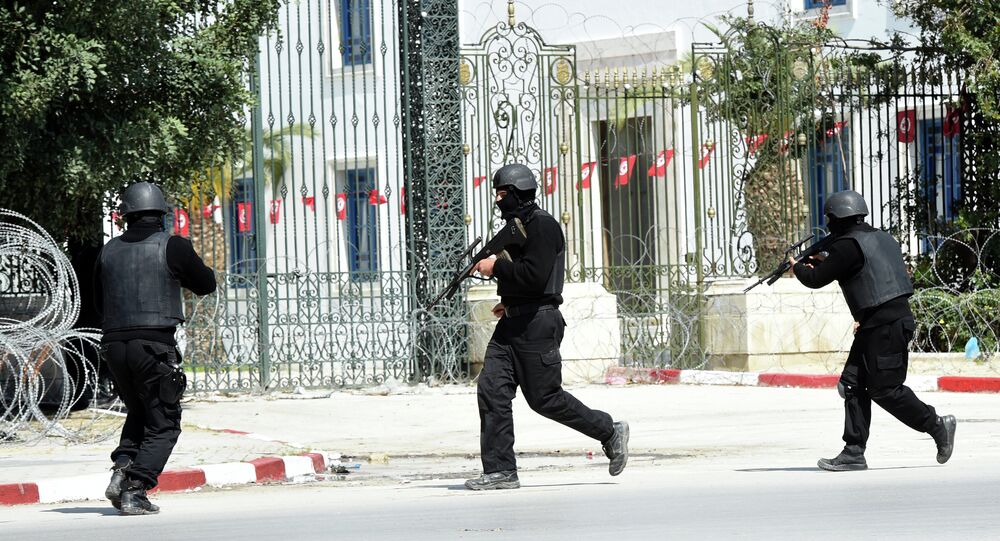 Armed militants disguised as soldiers attacked the Tunisian parliament and Bardo Museum, taking hundreds of tourists hostage. Fifteen tourists have been killed, and explosions were heard at the scene. Tunisian security forces eliminated the ISIL attackers and concluded the special operation.

The Islamic State jihadist group has taken the responsibility for the deadly attack in Tunisia.

At least 17 tourists were killed in a militant attack Wednesday in Tunisia’s capital Tunis. French, Spanish, English and Italian and a Tunisian are the Nationalities of the Victims, according to Mosaique FM. Previous reports put the death toll at 8.

One officer and several militants were killed during the special operation, radio Mosaique FM reported Wednesday.

French, Spanish, English and Italian and a Tunisian are the Nationalities of the Victims according to #MFM now #BardoAttack

Armed militants disguised as soldiers attacked the Tunisian parliament and the Bardo museum located inside the parliament building earlier in the day, Mosaique FM reported. Three gunmen have taken several tourists hostage near the building.

Children are among the hostages.

#Tunisia #BardoAttack: Group of kids are taken as hostages inside the museum by two gunmen. pic.twitter.com/2aQGW3vo4I

Ambulances have reportedly arrived at the scene.

Via @RadioMosaiqueFM: Militants disguised as soldiers went through the Parliament to the Bardo museum & held tourists as hostages #Tunisia

A Photo taken by one of the hostages in the Bardo Museum #Tunisia (PHOTO via @News_Executive) pic.twitter.com/R8ljklrAvh

"Police surrounded the building. Special services are getting ready to release of the hostages and capture terrorists. According to preliminary data, several parliament members were evacuated from the parliament building. Information that the militants wear suicide belts has not been confirmed," the eyewitness Ahmad Fadli, correspondent for the Al Shorouk newspaper told Sputnik.

Still unknown # of armed men inside. 3 ambulances & a police van escorting them have left the museum. #Bardo #tunisia pic.twitter.com/4NIggRabca

Two officers were injured in the shootout, the spokesman said.