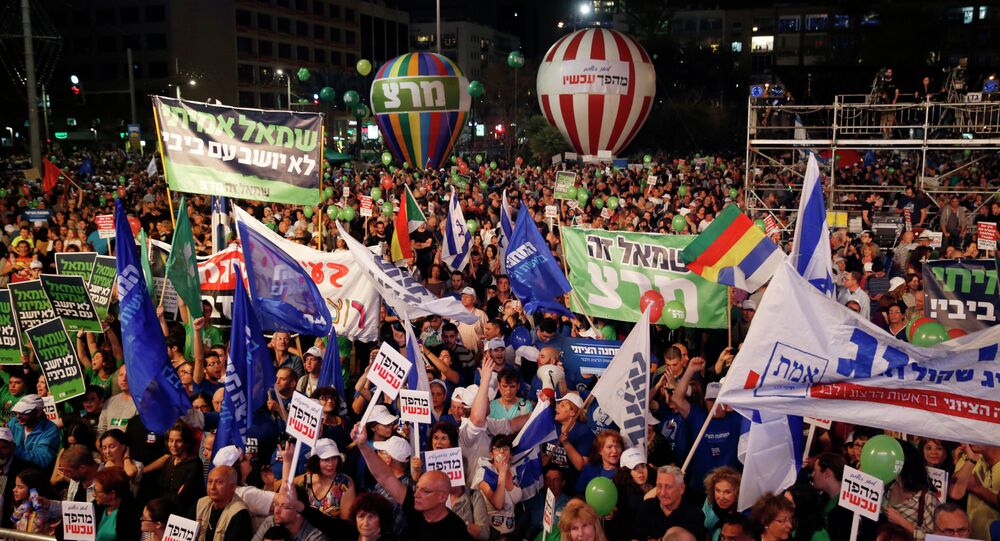 More than 40,000 demonstrators participated in a rally organized by a non-profit organization One Million Hands, demanding replacement of Israeli Prime Minister Benjamin Netanyahu.

“We have a leader who fights only one campaign — the campaign for his own political survival,” former Mossad chief Meir Dagan told the crowd as quoted by The Times of Israel.

The rally was organized by a non-profit organization One Million Hands, which wants Israel to change its priorities and focus on health, education and housing.

On March 17, Israel will hold the 20th parliamentary elections. In December 2014, Netanyahu declared that he wanted the Parliament to be dissolved and to hold an early elections in March, two years before the fixed date.

Netanyahu's ruling center-right party Likud’s main opponent in the upcoming elections is the center-left Zionist Union, which is a single-ballot merger between the Labor party and the dismissed justice minister Tzipi Livni's Hatnuah party.

Netanyahu Said ‘Perplexing Things’ in His Speech - US State Department