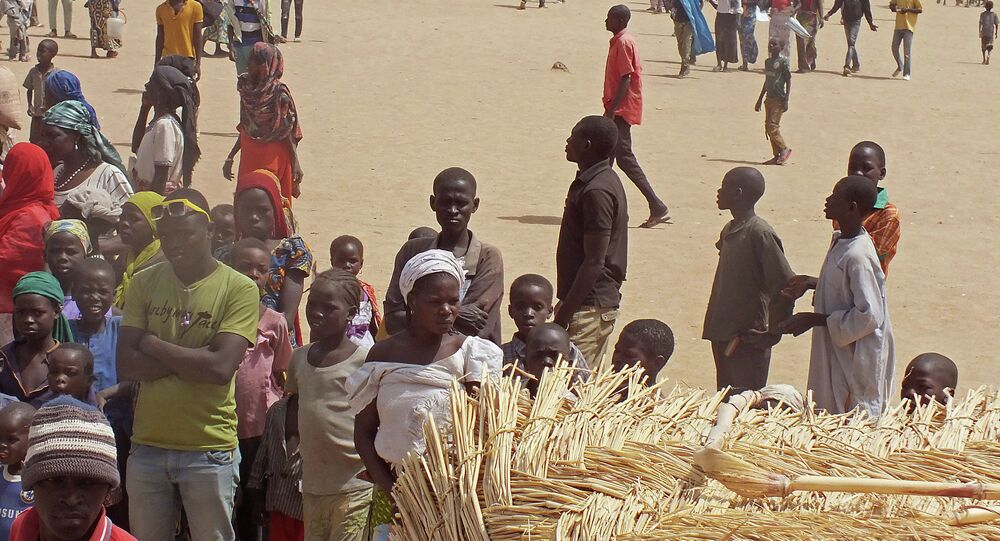 Another 100,000 people had found refuge in Niger over the past two years, including Nigerian refugees, according to UNHCR.

© AFP 2020 / STEPHANE YAS
UN Chief Condemns Boko Haram's Use of Children as Suicide Bombers
UNITED NATIONS (Sputnik) — Some 30,000 civilians fled from Nigeria to neighboring Cameroon and Chad as the fighting between the Nigerian government and the terrorist group Boko Haram intensified over the weekend, the office of the UN High Commissioner for Refugees (UNHCR) said Tuesday.

Boko Haram is an Islamic fundamentalist group aiming to establish a state with strict Sharia law. The militants have carried out numerous murders and abductions of civilians.

"Cameroon's Far North region saw a new influx of refugees over the weekend following clashes in northeast Nigeria between regional military forces and insurgents. The Cameroonian authorities tell us that some 16,000 Nigerian refugees entered the country," UNHCR spokesman Adrian Edwards said in briefing notes published on the agency's website.

Edwards added that the agency was working with Cameroon to relocate the refugees as quickly as possible from areas of active conflict.

The UNHCR also said that the conflict in Nigeria had forced some 18,000 people to flee to western Chad.

Another 100,000 people had found refuge in Niger over the past two years, including Nigerian refugees, according to the UN agency.

Boko Haram launched large-scale attacks in northeast Nigeria in 2009. Since then, the group has killed over 5,000 people and displaced more than a million.

The extremists have been most active on the Nigeria-Cameroon border, carrying out attacks in Cameroon itself, as well as in Niger and Chad.