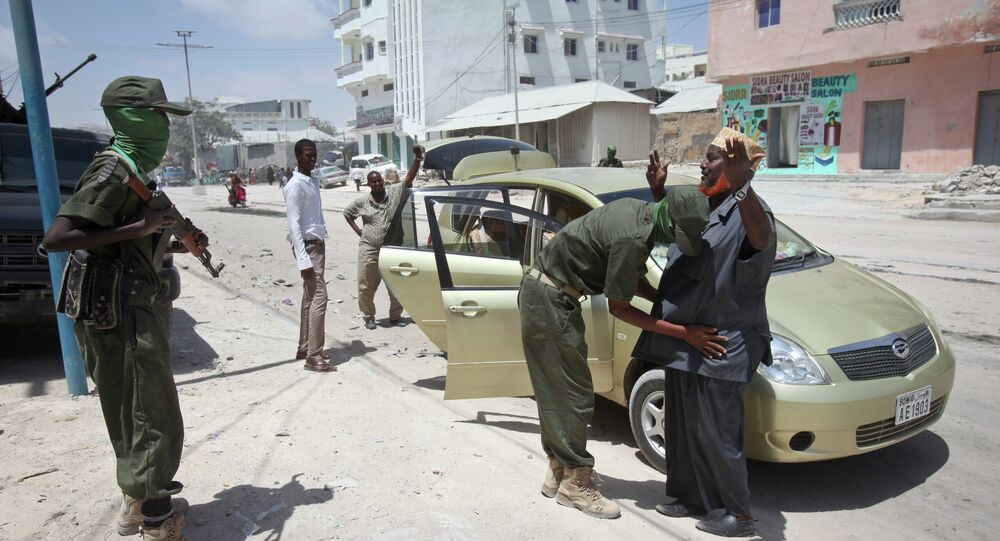 Wanted US Terrorist Arrested in Somalia for Recruiting for Al-Shabab

A man on the FBI most-wanted terrorist list was apprehended in Somalia, a federal official told CBS News.

© Flickr / Cliff
US Mall in Panic as Al-Shabab Urges Followers to Slaughter Shoppers
MOSCOW (Sputnik) – The man, identified as Liban Haji Mohamed, 29, a former taxi driver based in Northern Virginia, was said to have been on the FBI list for attempts to recruit people for the al-Shabab extremist group, the channel reported on Monday.

"While living in Northern Virginia, Mohamed was a recruiter and radicalizer for al-Shabaab, which historically has targeted Westerners to go to Somalia and fight for them," FBI agent Carl Ghattas' statement was quoted as saying by CBS News.

According to the FBI data, Mohamed, a Somali-born US citizen, is thought to have left the United States on July 5, 2012, or at a time around that date. He was traveling with a US passport.

No extradition information for the suspect has been made available.

Ghattas stated that Mohamed was knowledgeable of the Washington, DC, area infrastructure, which made him valuable to other terrorists planning to carry out attacks in the United States.

Al-Shabaab, a clan-based militant group linked to international terrorist organization al-Qaeda, violently took over most of southern Somalia in 2006, expanding its insurgency and carrying out frequent gunfire and suicide attacks.