Media engagement chief at US Africa Command stated that communications equipment introduced at the Flintlock exercises in Chad is not intended solely to counter the Boko Haram militant group.

Earlier in February, international media reported that the provision of the special equipment to African partners within the framework of the Flintlock annual regional exercise was an anti-Boko Haram measure.

"This year’s Flintlock in Chad is introducing technology that allows African partners to communicate between cell phones, radios and computers. It provides a platform that enables participants to counter a communication challenge, but is not designed towards a particular threat or organization," Benjamin Benson told Sputnik. 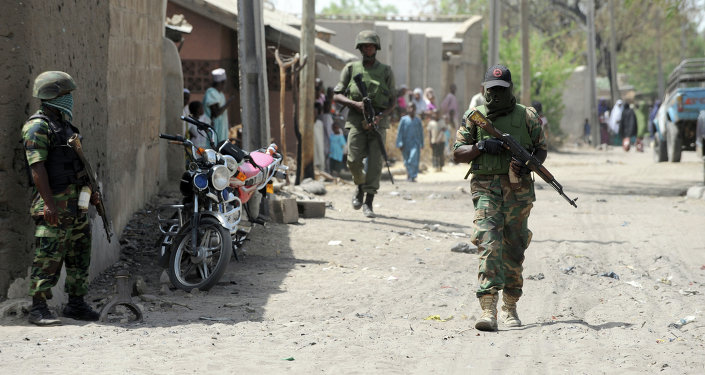 The 2015 Flintlock exercise kicked off in Chad on February 19 with 28 nations participating, including the United States.

Flintlock runs until March 9 and is aimed at developing interoperability among the Northwest African nations.

USAFRICOM is the Combatant Command of the US Armed Forces. Established in 2007, it is headquartered in Stuttgart, Germany.