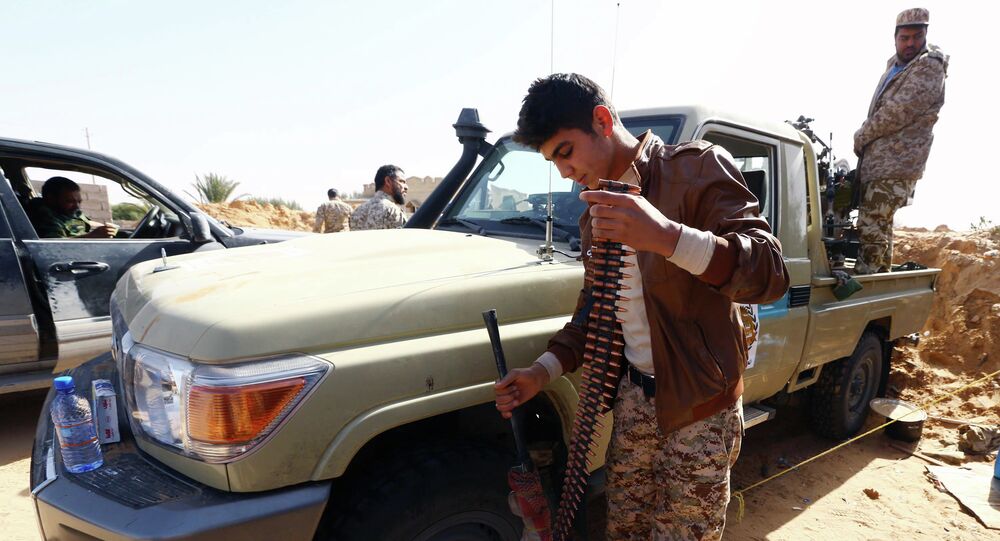 Italian Foreign Minister Paolo Gentiloni stated that Italy fears that there is a risk that Islamist militants (ISIL), fighting for control in Libya, could swell the ranks of the Islamic State (ISIL) jihadist group and strengthen its foothold in this North African country.

© Sputnik / Andrey Stenin
UN Refugee Agency Sees No ISIL Militants Cross Into Europe Under Guise of Migrants
ROME (Sputnik) – Italy fears that there is a risk that Islamist militants, fighting for control in Libya, could swell the ranks of the Islamic State (ISIL) jihadist group and strengthen its foothold in this North African country, Italian Foreign Minister Paolo Gentiloni said Wednesday.

Speaking in the Italian parliament's lower house, Gentiloni said an alliance between the IS group, Libyan militias, and criminal gangs there would escalate the Libyan conflict, which has intensified recently.

The minister stressed time was running out for the international community to take diplomatic and political action to stabilize Libya, which has been in chaos since the overthrow of its long-time ruler Muammar Gaddafi in 2011.

After the uprising, two rival governments have been struggling for control of Libya, with several militant groups also embroiled in the conflict.

On Tuesday, Rome said it was prepared to spearhead an international operation against Libyan Islamists, fearing Libya's proximity to Italy's maritime border.

Thousands of migrants from Libya brave the Mediterranean Sea every year, sailing dingy boats to Italy's island of Lampedusa.

Last November, the Islamic State group seized the eastern Libyan port city of Derna and established a stronghold there. Earlier this month, its fighters reportedly beheaded 21 Egyptian Coptic Christians that had been kidnapped over several preceding months, prompting retaliatory air strikes from the Egyptian government.