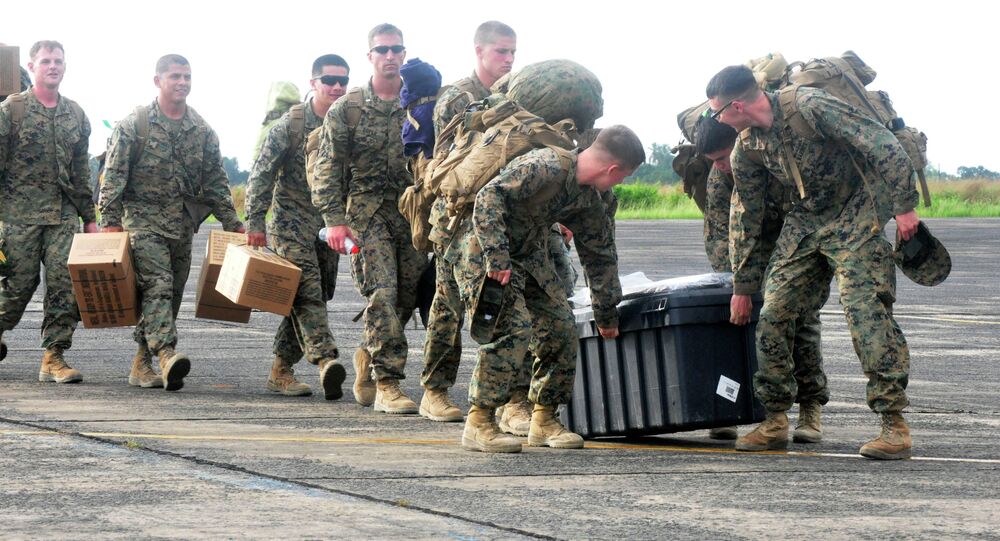 Pentagon announced that the United States will return most of its military personnel located in West Africa.

WASHINGTON (Sputnik) — The United States will return most of its military personnel located in West Africa helping to fight the Ebola outbreak since being deployed to the region in September, the Pentagon announced in a statement.

“Given the success of the U.S. response to the crisis, the majority of DoD personnel in West Africa will now return home,” the Pentagon statement read on Tuesday.

Some 1,500 troops will return to the United States beginning on Tuesday and nearly all will follow returning by April 30, according to the Pentagon statement.

The Pentagon said that the agency would support about 10,000 civilian responders who are still in West Africa by leaving behind “important assets that can help health workers stem potential outbreaks in the future.”

© AP Photo / Abbas Dulleh
Ebola Death Toll in 3 Worst-Hit West African States Exceeds 9,000
Additionally, the Pentagon will continue to have 100 personnel in the region who will help with increasing “disease preparedness and surveillance capacity of the national governments.”

The US began deploying troops to the region to assist with fighting the Ebola outbreak in September 2014 in an operation known as Operation United Assistance.

According to WHO statistics, the deadly Ebola virus disease has killed over 9,000 people in the three most affected West African countries. The number of confirmed cases has exceeded 22,525.