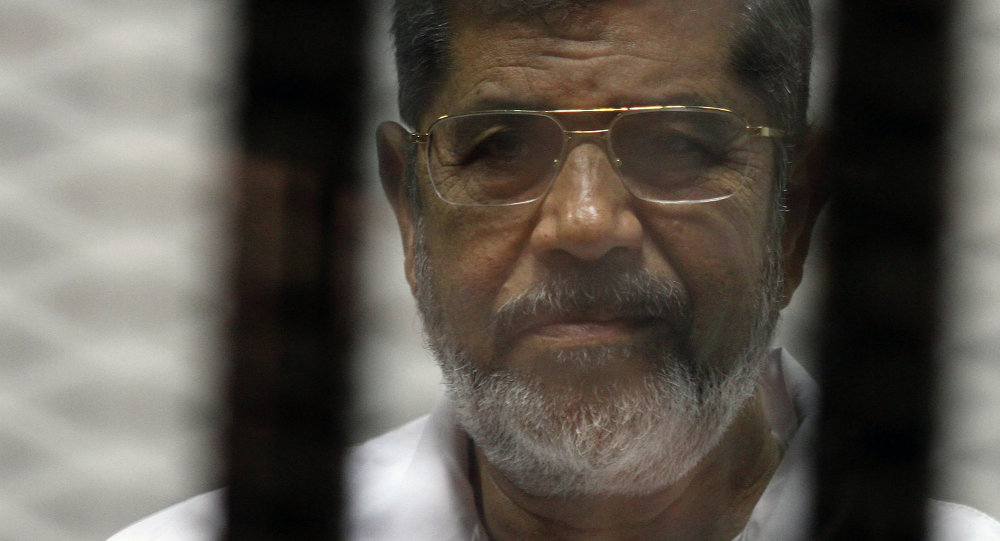 Deposed Egyptian President to Be Tried for Treason on February 15

According to media, first hearing in the case against ousted Egyptian President Mohamed Morsi, accused of disclosing classified information to Qatar, is scheduled for February 15.

"[The accused] passed top secret documents relating to the activities of the Egyptian army and intelligence services to Qatari intelligence and Qatar's Al Jazeera television channel to weaken the Egyptian state," the indictment against Morsi and 10 of his associates, reads.

Egypt's first democratically-elected president is also accused of "spying for foreign governments" in a similar case. Morsi, along with 35 former members of his team, are charged with providing documents of national importance to foreign intelligence services, in particular to Iran.

The prosecution in the first case, which is asking for the death penalty, also alleges that the accused cooperated with extremist groups aiming to destabilize the situation in Egypt. A final verdict is expected on May 16.

In addition to the two espionage charges, Morsi, along with 14 members of the Muslim Brotherhood Islamist movement, faces a third charge of inciting violence. The case, postponed by the criminal court in Cairo until April 21, involves the December 2012 killing of 10 protesters outside the presidential palace.

In earlier remarks, the ousted president did not recognize the court's jurisdiction.

Morsi's ouster by the Egyptian military dates back to July 2013, following mass protests demanding his resignation. Since then police have repeatedly clamped down on Muslim Brotherhood members.