On Sunday Boko Haram stormed the northeast Nigerian city of Maiduguri which has sparked a severe battle with governmemt troops, witnesses said.

"The whole city is in fear," resident Adam Krenuwa told the agency adding that people are scared of what might happen if Boko Haram actually wins that fight with the security forces. 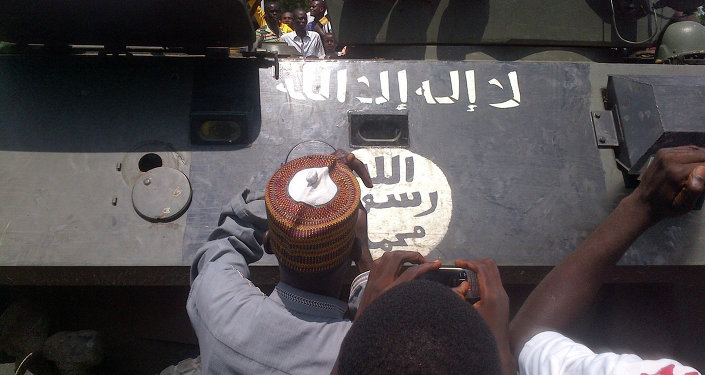 © AFP 2019 / TUNJI OMIRIN
Boko Haram Onslaught Continues, Despite Army Resistance
The Nigerian army launched an operation against the group in 2013, but the effort has stalled, although a national security advisor previously told BBC the country doesn't believe that there is a need for help from UN or African Union troops. Boko Haram continue attacking targets within the country as it prepares for national elections on February 14.