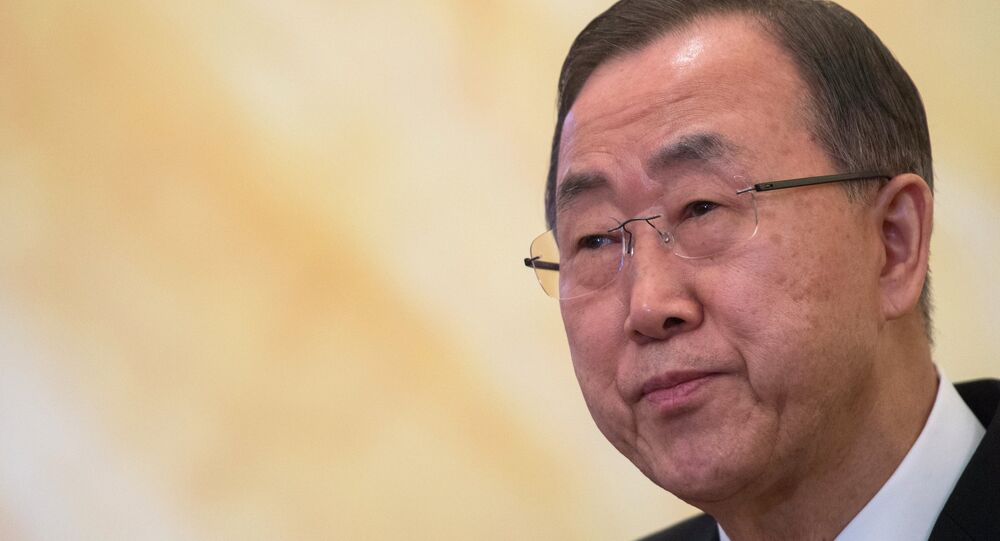 UN Secretary General Ban Ki-moon stated that African Union’s decision to focus on Nigeria’s Boko Haram is an encouraging move in the fight against the Islamist militant group.

“I welcome your [AU] decision to focus specifically on this serious threat [Boko Haram] in the Peace and Security Council of the African Union. I am encouraged by progress towards the African Standby Force and the African capacity for crisis response,” Ban said at the ongoing African Union summit in the Ethiopian capital, Addis Ababa.

Ban added that the extremist group was not only a threat in Nigeria but also posed “a clear danger” to regional and international peace and security.

The UN chief urged the 54-member pan-African body to make their standby force against the militant group operational.

Ban also expressed concern over the continued attacks by the Islamist group in the north east of Nigeria, as well as the over 200 school girls and boys kidnapped by Boko Haram in April 2014. In January raids, the militant group also kidnapped over 40 boys.

“We will never forget the girls and boys kidnapped from Chibok last April, and I will never stop calling for their immediate and unconditional release,” Ban said.

Ban concluded by reiterating his personal support and that the United Nations will continue to be Africa’s “strongest supporter,” urging the continent to “guide the way” toward sustainability and dignity for people worldwide.

The Boko Haram militant group was formed in 2002 with the intention of overthrowing the Nigerian government and establishing an Islamic state with sharia law. Since 2009, the group has expanded its operations across the country's northeast, where it has carried out suicide attacks and abductions. The Islamist group's insurgency has led to the deaths of more than 5,000 people since January 2014.