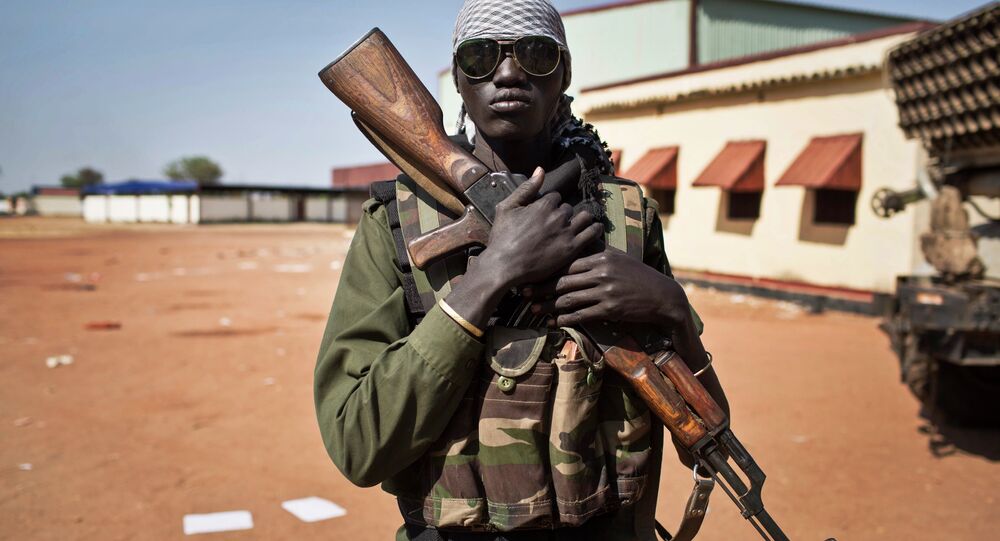 Medicins Sans Frontiers has announced that a hospital in the South Kordofan region of Sudan was targeted by government forces.

MOSCOW, January 24 (Sputnik) – A hospital in the village of Frandala, in the South Kordofan region of Sudan was bombed by Sudanese government planes on January 20, Medicins Sans Frontiers said on Friday.

“We condemn in the strongest terms the bombing of the Frandala hospital,” said Marc Van der Mullen, MSF’s head of mission in Sudan in a statement.

“With more than 100 patients present, we were very lucky not to have more casualties, because people simply had no time to seek protection. Everyone is shocked and frightened of further attacks.”

East News/Xinhua / eyevine
UN Confirms Over 350 Civilians Killed in South Sudan in April 2014
The humanitarian organization, which began operating the medical facility in Frandala in 2012, said that around 150 people were in the hospital at midday when a total of 13 bombs struck inside and just outside the compound, injuring one patient and one member of medical staff. The attack forced medical activities at the hospital to be suspended.

“Today there can be no doubt that this was a deliberate and targeted bombing on a civilian hospital structure and part of a strategy to terrorize the community,” said Van der Mullen, adding that the attack follows a June 2014 bomb assault on the same medical facilities, in which one patient was killed and several injured.

“MSF calls on Khartoum again to respect the assistance we bring to the population. Despite today’s setback, we will try to find a way to continue to provide care to the population caught in his largely undocumented war.”