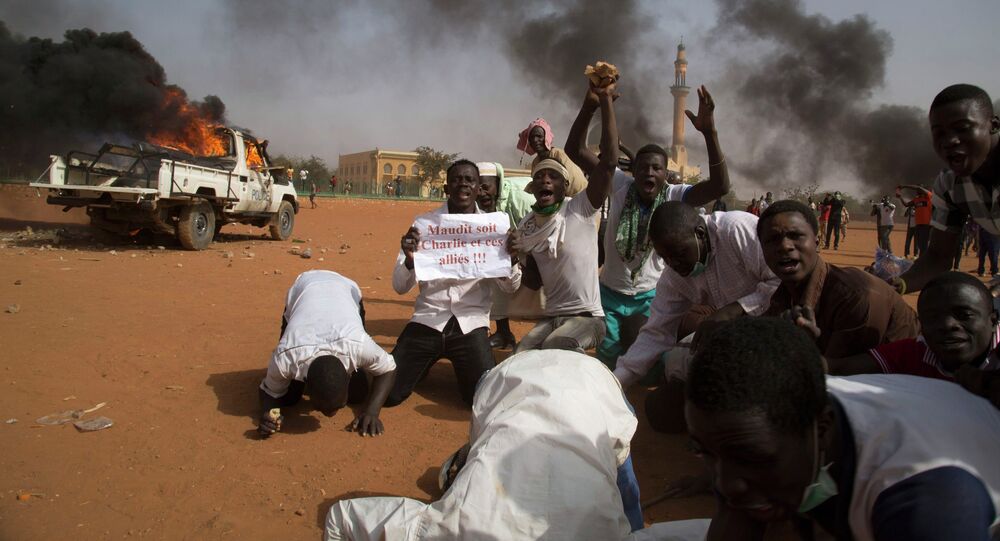 At least seven churches were burned down in Niger's capital of Niamey on Saturday, January 17, amid anti-Charlie Hebdo protests.

"The sites, which were primarily evangelical churches, were torched on the left bank of Niamey, several of them housed in small villas that bore no distinctive religious signs," Agence France Presse reported.

The right bank of Niamey with its numerous churches has also been targeted by rioters.

By midday Saturday, 100 police officers were standing at the Niamey cathedral, defending the sanctuary from angry rioters. Law enforcers fired tear gas at 1,000 young demonstrators near the city's grand mosque earlier. Many of protesters were armed with iron bars and clubs, according to Agence France Press (AFP) reporter on the ground.

Saturday's protest followed fierce clashes with police on Friday in Zinder, Niger's second largest city, resulting in the deaths of a policeman and three civilians, while 45 were wounded. Zinder's three churches were looted and the French cultural center torched. Chanting in the local Hausa language "Charlie is Satan — let hell engulf those supporting Charlie," protesters attacked Christian shops and shrines with Molotov cocktails and clubs.

Demonstrations protesting against Charlie Hebdo publications also took place in the former French colonies of Mali, Senegal and Mauritania. In Pakistan and Algeria protests escalated into a standoff with police.