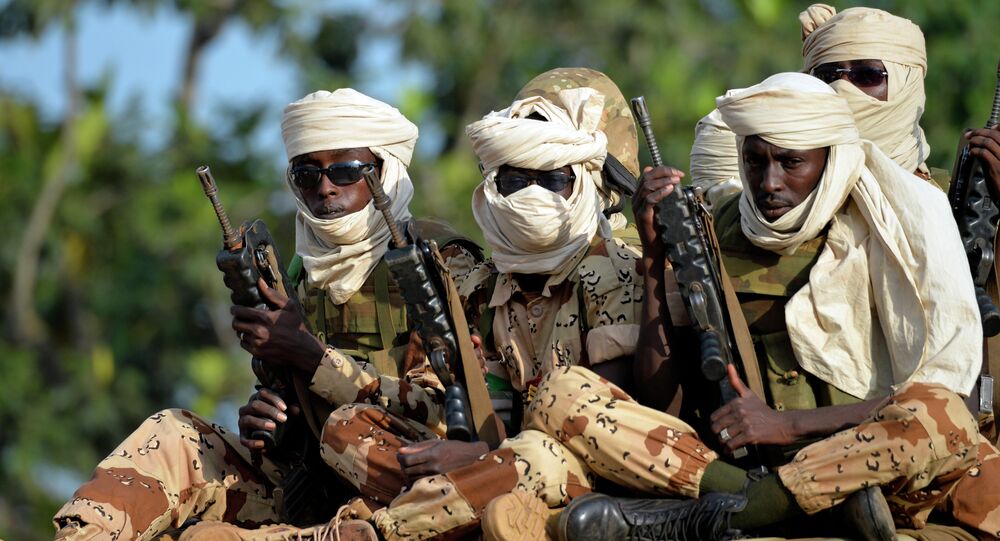 The region has been impacted by Nigerian refugees and a threat of further expansion by the guerilla group.

According to the AFP, the demonstrators, led by Chadian Prime Minister Kalzeube Pahimi Deubet, marched while chanting "from our territory, we will fight the forces of evil."

The country's parliament voted on Friday to send the Chad's forces to Nigeria and Cameroon, to combat Boko Haram fighters, according to Jeune Afrique. Chadian authorities are concerned about the humanitarian situation as the refugees from Boko Haram' massacres come from a region known for widespread cases of polio, cholera and Ebola, according to RFI.

© AP Photo / Haruna Umar,File
UN Condemns Boko Haram Killings in Baga, Calls on Nigeria to Restore Order
Boko Haram's massacre in Baga at the beginning of January deeply worried residents of countries around the Lake Chad basin, according to Jeune Afrique. Niger, Nigeria, Chad, and Cameroon officially created an international military force to combat the militants in October 2014, but so far remains inactive.

Boko Haram is a Nigerian military group which was founded in 2002 and is seeking to impose Sharia law in the country. It has been blamed for over 10,000 deaths over the last five years. Its name means "Education is Forbidden" in the local Hausa language.

© AP Photo
Shocking Images of Boko Haram Devastation in Nigeria Released
Boko Haram has been most active on the border between Nigeria and Cameroon, as many civilians have fled from northern Nigeria to Cameroon to escape attacks by the militant group.

In late December 2014, Cameroon carried out its first-ever airstrikes against Nigeria-based militants after the terrorist group assaulted five villages and captured a military base in the country's north.