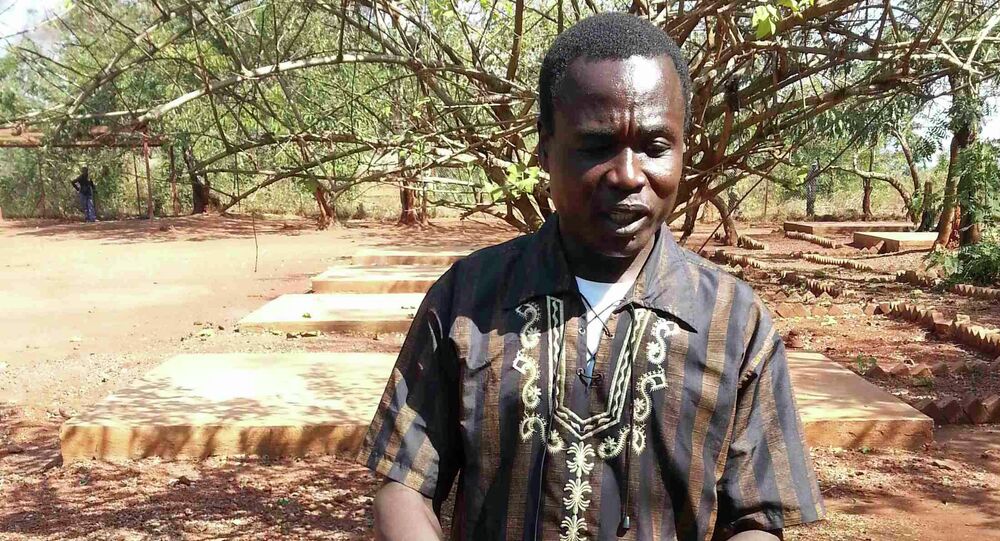 MOSCOW, January 17 (Sputnik) – LRA Commander Dominic Ongwen has been flown to Bangui, the capital of the Central African Republic, where he will be transferred to the custody of the International Criminal Court, according to Reuters.

"Seeing Ongwen at the ICC gives hope that the authors of some of the worst atrocities in recent memory will at last be held accountable," Stephen Lamony, an advisor to the Coalition for the ICC, told the South African new agency SAPA.

SAPA reports that Ongwen was denied entry into Uganda due to fears that he would be pardoned and never face trial at the ICC. Uganda's president Yoweri Museveni previously called for African countries to stop recognizing the ICC, believing it to be a tool of European pressure on Africa.

© AFP 2021 / Paul J. Richards
State Department Says Possible African Rebel Group Leader in US Custody
Dominic Ongwen previously defected to joint African Union and US forces on January 7. The ICC had issued a warrant for his arrext in 2005 for war crimes and crimes against humanity he had allegedly committed in Uganda, the BBC reports.

Lord's Resistance Army is a rebel group operating in the borderlands of Uganda, the Democratic Republic of Congo, South Sudan and the Central African Republic. The group, led by Joseph Kony, is known for its brutal tactics, including kidnapping children for use as child soldiers and cutting off the ears of villagers. According to the BBC, "The LRA has abducted thousands of children in northern Uganda, and neighboring countries, forcing the boys to become fighters and the girls to become sex slaves.