Police have fired tear gas at demonstrators in Niger, who continued their protest against satirical cartoons of the Prophet Muhammad today, AFP reports. 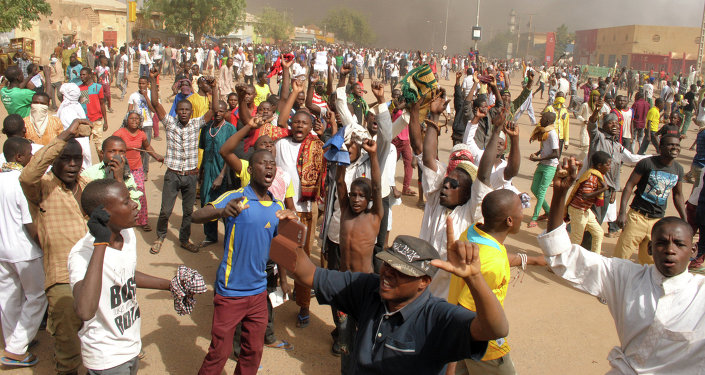 At least 1,000 young people assembled at the grand mosque in the capital Niamey, some of them throwing rocks at police.

"The protesters were crying out in the local Hausa language: 'Charlie is Satan — let hell engulf those supporting Charlie'," Reuters quoted one of the witnesses, shopkeeper Aboubacar Mamane as saying.