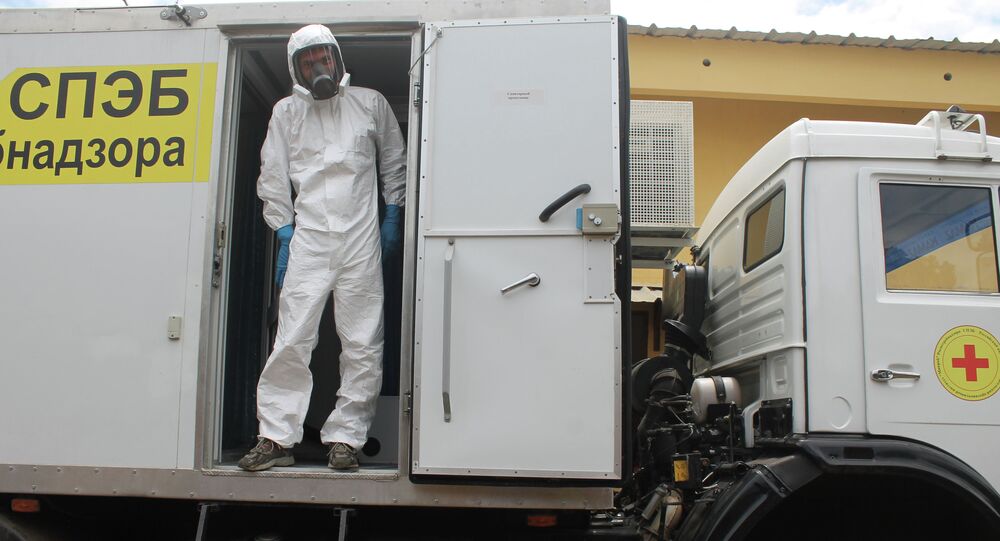 The hospital is designed to accommodate up to 60 patients.

A teleconference between Russia and Guinea is scheduled to be held on Saturday to celebrate the opening of an anti-epidemic hospital facility in the city of Kindia. Guinea’s President Alpha Conde and UC RUSAL CEO Vladislav Solovyev are expected to participate in the event.

The hospital is designed to accommodate up to 60 patients and will be primarily used for treating people infected with Ebola virus disease.

AP Photo/ Sunday Alamba
Sierra Leone Airport Tests Ebola Screening, IOM Says
RUSAL is one of the Republic of Guinea’s biggest investors, and is actively aiding the local government in the fight against western Africa's Ebola outbreak. Since August 2014, the company has provided logistic support to the anti-epidemic brigade of Russia’s Rospotrebnadzor and has established a mobile anti-epidemic research laboratory in Guinea.