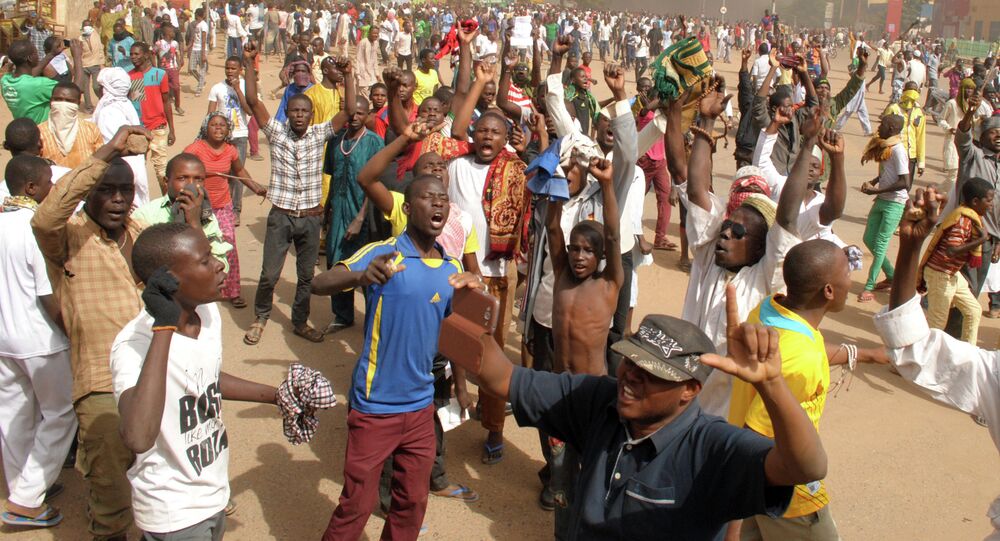 © REUTERS / Mohsin Raza
Anti-Charlie Hebdo Protests In Pakistan Turn Violent, At Least Two Injured
MOSCOW, January 17 (Sputnik) – Three civilians and one police officer were killed on Friday in anti-Charlie Hebdo protests in Zinder, a city in the west African country of Niger, according to a Reuters report.

Two of the three civilians were shot by police during an attack on their station, the agency quotes Interior Minister Hassoumi Massaoudou as saying on state television.

A police officer was run over and killed and 45 people were injured as police clashed with a crowd that attacked a French cultural center and set churches ablaze.

"Zinder experienced a quasi-insurrectional situation, a spontaneous protest of a criminal nature," the interior minister said. "I would like to reassure Christians that the state is here to defend those living in Niger at all costs."

"The protesters were crying out in the local Hausa language: 'Charlie is Satan — let hell engulf those supporting Charlie'," Reuters quoted one of the witnesses, shopkeeper Aboubacar Mamane as saying.