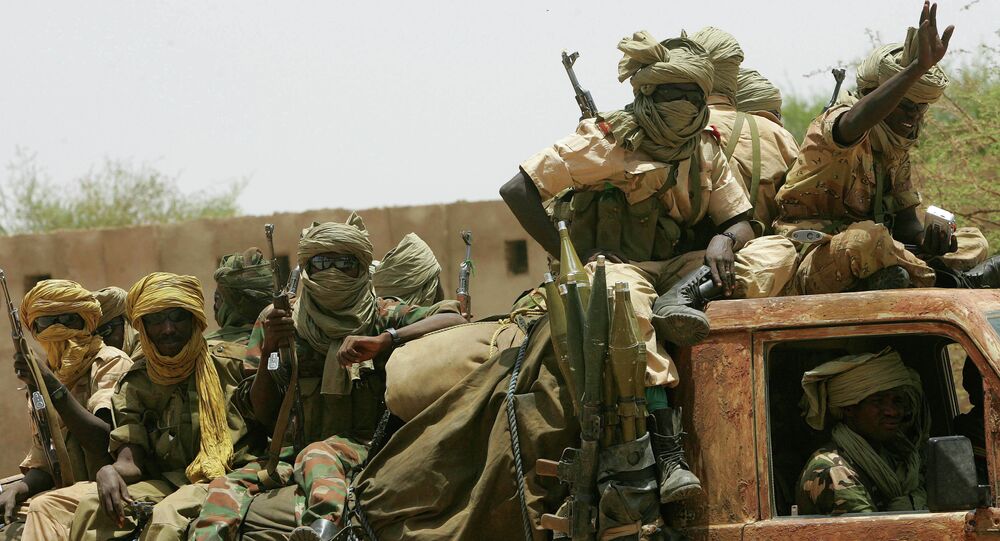 "Chadian President Idriss Deby Itno has decided to send a substantial contingent of Chadian troops to back the Cameroonian armed forces who have faced repeated attacks from the Boko Haram terrorist sect with courage, determination and vigilance," the statement read Thursday.

© AP Photo / Jossy Ola, File
Boko Haram Blows Up Kidnapped Children in Savage New Tactic
Boko Haram is a Nigerian military group, which was founded in 2002 and is seeking to impose Sharia law in the country. It is blamed for over 10,000 deaths over the last five years. Its name means "Education is Forbidden" in the local Hausa language.

The group drew international outrage after kidnapping 276 Nigerian schoolgirls in Chibok village in April 2014, physically and sexually assaulting them for refusing to convert to Islam.

Boko Haram has been most active on the border between Nigeria and Cameroon, as many civilians have fled from northern Nigeria to Cameroon to escape attacks by the militant group.

In October 2014, the leaders of Niger, Nigeria, Chad and Benin announced plans to step up the fight against Boko Haram with an additional battalion and a command center to tackle the group.

In late December 2014, Cameroon has carried out its first-ever airstrikes against Nigeria-based militants after the terrorist group assaulted five villages and captured a military base in the country's north.