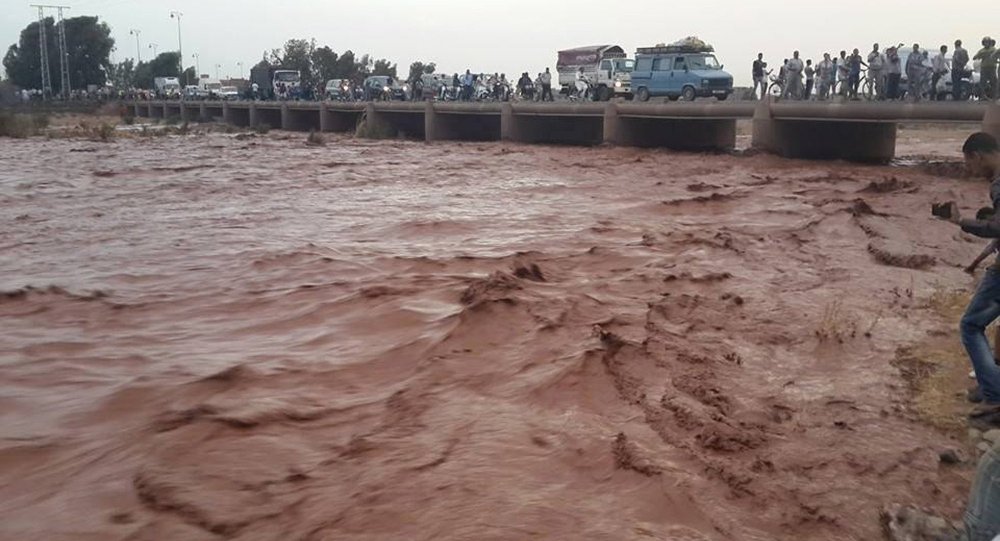 At least 10 people were killed and almost 20,000 more displaced in heavy flooding in Mozambique, according to the country’s government disaster management office.

MOSCOW, January 14 (Sputnik) — The death toll includes seven people, who died when trying to cross the Licungo River in the Zambezia province, the Associated Press reported on Wednesday.

"Another three people were killed after they were struck by lightning in the Niassa province in northern Mozambique," Rita Almeida, the disaster management office spokeswoman, said.

© AP Photo / Xinhua, Hewitt Wang
South Australia To Be Hit By Flooding Shortly After Devastating Bushfire
Meanwhile, police are searching for 18 children who remain missing in the Mocuba region near the Licungo River, according to district manager Teresa Mauha.

One of the main roads connecting the north and south of the country has been severely damaged by the disaster.

On Monday, Mozambique's government Monday issued a red alert for the country’s central and northern provinces in connection with the disaster.

In a separate development earlier this week, 48 people were killed and about 23,000 others displaced due to flooding in neighboring Malawi, local officials said.