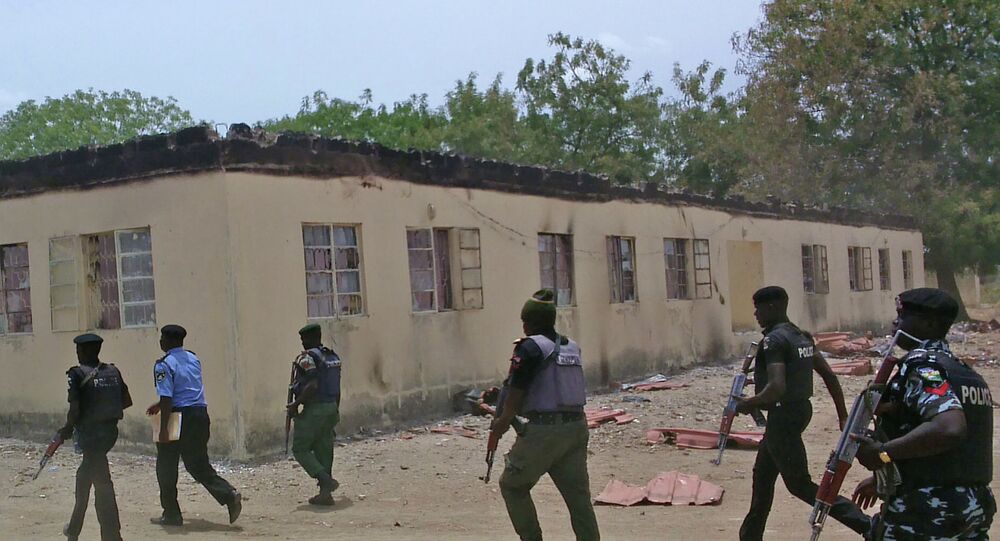 The UN condemns Boko Haram's attacks on civilians in Nigeria and urges the government to restore order. Amnesty International has estimated that some 2,000 people were killed by Boko Haram in the town of Baga on Saturday, calling it the "deadliest massacre" in the history of the extremist group.

UNITED NATIONS, January 13 (Sputnik) — The United Nations deplores Boko Haram’s attacks on civilians in the Nigerian town of Baga and calls on the country’s authorities to restore order and investigate the recent mass killings, spokesperson for the UN High Commissioner for Human Rights said Tuesday.

© REUTERS / Goran Tomasevic
Boko Haram Launches Fresh Attack on Baga, Northeast Nigeria
“We deeply deplore the vicious, ruthless attacks against civilians in the northeastern Nigerian town of Baga, where Boko Haram has reportedly been operating since 3 January. While the exact details remain unclear, what is fairly certain is that mass killings and mass forced displacement have occurred,” Ravina Shamdasani told reporters.

“The deliberate targeting of civilians is clearly prohibited by international law and we are very concerned at reports that there were children and elderly people among the victims,” she added.

Amnesty International has estimated that some 2,000 people were killed by Boko Haram in the town of Baga on Saturday, calling it the "deadliest massacre" in the history of the extremist group. The Nigerian government, in turn, has countered with the figure of 150.

© AP Photo
Boko Haram Gunmen Kidnap 40 in Nigeria on New Year’s Eve: Reports
“The killings at marketplaces in Maidugiri, also in Borno State, and in Potiskum, in Yobe State, are particularly shocking given reports that girls, possibly one as young as 10, may have been forced to carry out the attack. The use of a child to detonate a bomb is not only morally repugnant but constitutes an egregious form of child exploitation under international law,” Shamdasani continued.

The spokesperson urged Nigerian authorities to urgently restore law and order and “redouble their efforts to create conditions for an effective investigation into the incidents, with a view to establishing the facts surrounding the killings and holding the perpetrators accountable.”

Boko Haram has in recent weeks carried out several brutal attacks in Nigeria’s northeastern regions, forcing thousands of people to flee. The group, whose name translates as “western education is forbidden”, seeks to establish an Islamic state and impose strict Sharia law in the region.