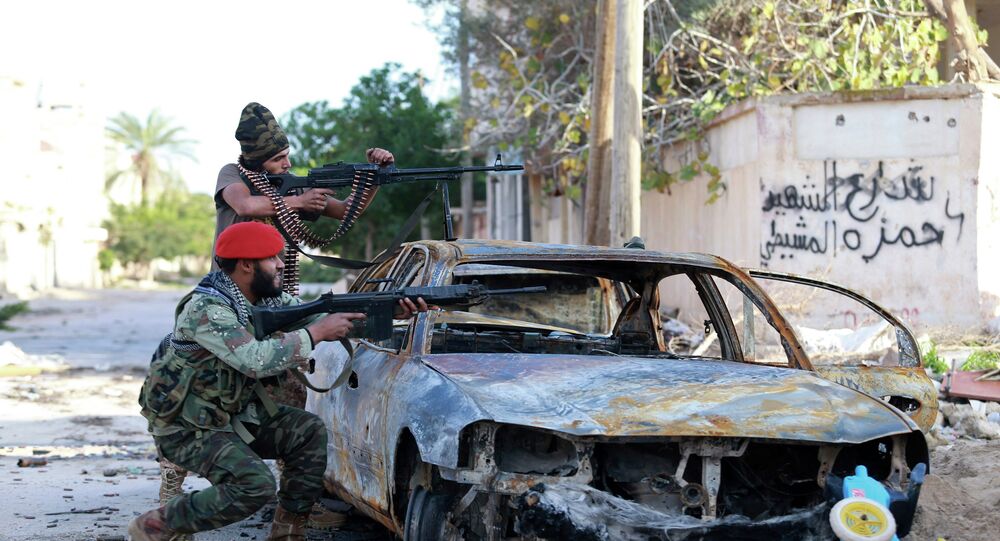 UN to Host Libya Talks in Geneva Next Week

The primary objective of the talks will be to reach agreement on the formation of a unity government recognized by all sides. The negotiations will also touch on security arrangements to stop armed hostilities in the country. After the 2011 overthrow of Muammar Gaddafi, Libya has been engulfed by a constant wave of violence.

UNITED NATIONS, January 10 (Sputnik) — The UN Support Mission in Libya (UNSMIL) will host a new round of talks between the parties of the Libyan conflict next week in Geneva, the United Nations announced on Saturday.

“Libyan parties have agreed to hold a new round of political dialogue with a view to ending the country's political and security crisis,” the UNSMIL said in a statement.

© REUTERS / Esam Omran Al-Fetori
UN Support Mission to Libya Warns of Full-Fledged War in Country
UNSMIL added that UN Special Representative for Libya Bernardino Leon has proposed the parties to the conflict "a freeze in military operations for a few days.”

According to the United Nations, the primary objective of the talks will be to reach agreement on the management of the "remainder of the transitional period, including the formation of a unity government that enjoys wide support," in order to pave the way for a stable environment in Libya. In addition, the negotiations will also touch on security arrangements to stop armed hostilities in the country.