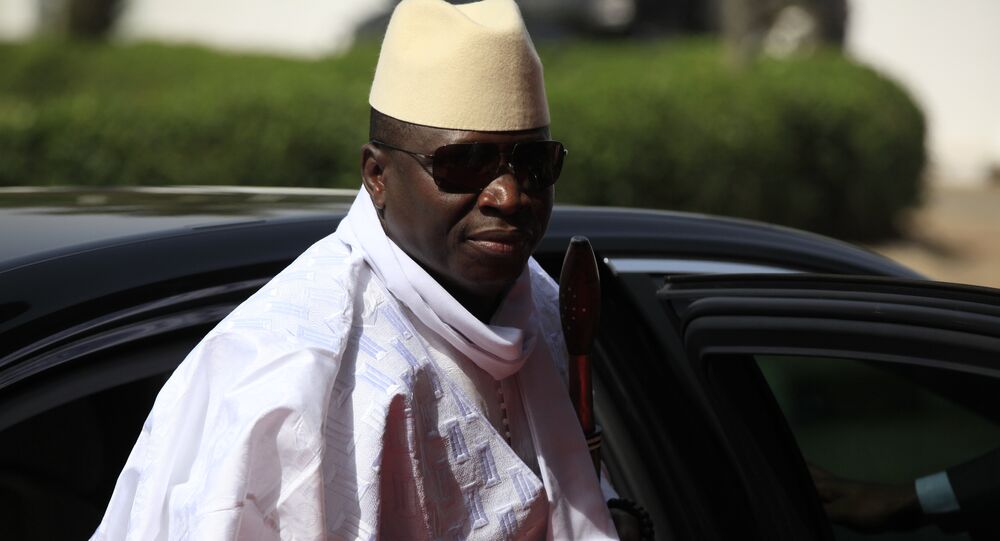 The US State Department condemns any illegal attempts to seize power, noting the indictment of two US citizens who were involved in a coup to replace the Gambian government.

© Wikipedia / Sebmol
Two US Citizens Charged With Plotting Coup in Gambia: Justice Department
WASHINGTON, January 6 (Sputnik) — The United States condemns any attempts to seize power outside of constitutional means, the US State Department said on Monday as it announced the indictment of two US citizens involved with a scheme launched on December 30 to topple the Government of The Gambia.

“The United States reiterates our strong condemnation of any attempt to seize power through extra-constitutional means,” State Department spokeswoman Jen Psaki said in a statement.

The State Department also called on the Government of The Gambia “to respect human rights and the rule of law in its investigation of the attempted coup.”

© AP Photo / Sunday Alamba, FILE
Dozens Arrested in Gambia After Military Coup Attempt
The Department of Justice (DoJ) on Monday charged Cherno Njie, 57, a US citizen of Gambian descent, and 46-year-old Papa Faal, a dual US/Gambian citizen, for their involvement in a coup attempt in The Gambia.

According to DoJ, Njie led 12 other conspirators in an attack on Gambia’s government. Local media outlets reported that four people were killed after gunfire erupted at the presidential palace in the capital city of Banjul.

Gambia’s President Yahya Jammeh seized power of the country in a 1994 military coup and became president in 1996. He has since remained in power through elections that have been criticized by observers as being manipulated.