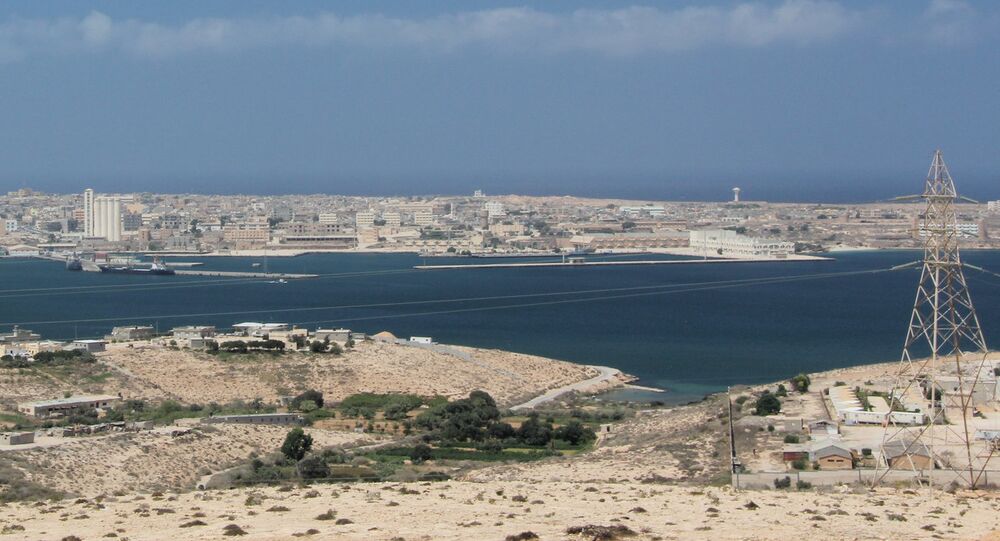 A suicide bomber has blown up a car filled with explosives in front of a hotel housing Libya's recently-elected parliament in the eastern city of Tobruk; three deputies have reportedly been wounded.

MOSCOW, December 30 (Sputnik) — A suicide bomber has blown up a car filled with explosives in front of the hotel that houses Libya’s runaway parliament in the eastern city of Tobruk, near the Egyptian border, Reuters quotes the country’s officials as saying.

Three deputies have reportedly been wounded, according to a security source.

The device went off in the hotel’s parking lot while lawmakers were in session in a nearby hall, the agency quotes parliamentary spokesman Farraj Hashem as saying by phone.

The parliament together with Prime Minister Abdullah al-Thinni were forced to relocate to Tobruk after the capital Tripoli was seized by an armed group called Libya Dawn.

Libya Dawn has since established its own parliament, leaving the country with two rival parliaments and governments.

Tuesday’s bombing is the biggest attack on the parliament in Tobruk to date. A car bomb exploded in the city in November, but did not target the assembly.