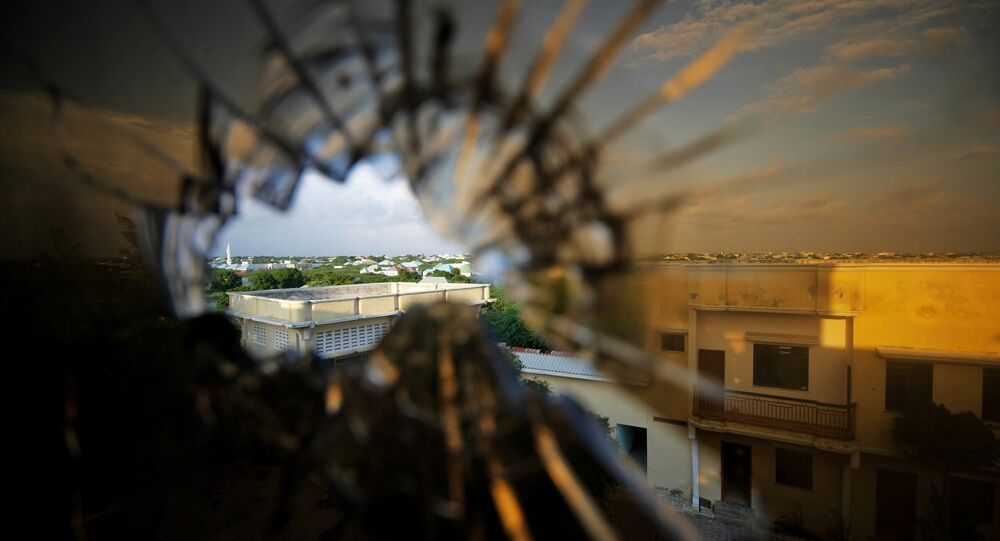 Al-Shabab militants have claimed responsibility for an attack on a key base of African Union peacekeepers in Somalia.

Al-Shabab Is a Major Threat to Security in Somalia
MOSCOW, December 25 (Sputnik) – Militants from al-Shabab have launched an attack on the headquarters of the African Union (AU) force in Mogadishu, the capital of Somalia, AFP reports, citing local officials.

"Our fighters are inside the headquarters of the foreign troops in Somalia," Abdulaziz Abu Musab, a spokesman for the radical group, told the news agency. He added that militants killed several AU soldiers.

However, the African Union Mission in Somalia (AMISOM) tweeted that all its members, as well as United Nations staff are accounted for and unharmed.

All AMISOM & UN staff are accounted for #Mogadishu #Halane #AMISOM

Colonel Ali Aden Houmed, an AMISOM spokesman, confirmed that the attack took place but did not provide details, according to AFP.

Gunfire and several explosions were reportedly heard in the area. The AMISOM headquarters are located at the Halane military base at the Mogadishu airport. Several other international organizations, including the UN, use the compound. The airport also houses the embassies of Great Britain and Italy, according to Reuters.

Currently, the military compound is safe and under control of the African Union forces, AMISOM tweeted.

AMISOM base is safe and under control. The AMISOM soldiers are commended for their gallant effort in controlling the situation. #AMISOM

AMISOM forces were deployed to Somalia in 2007. Approximately 22,000 soldiers are involved in a campaign to fight al-Shabab in the country, which is partially under their control.