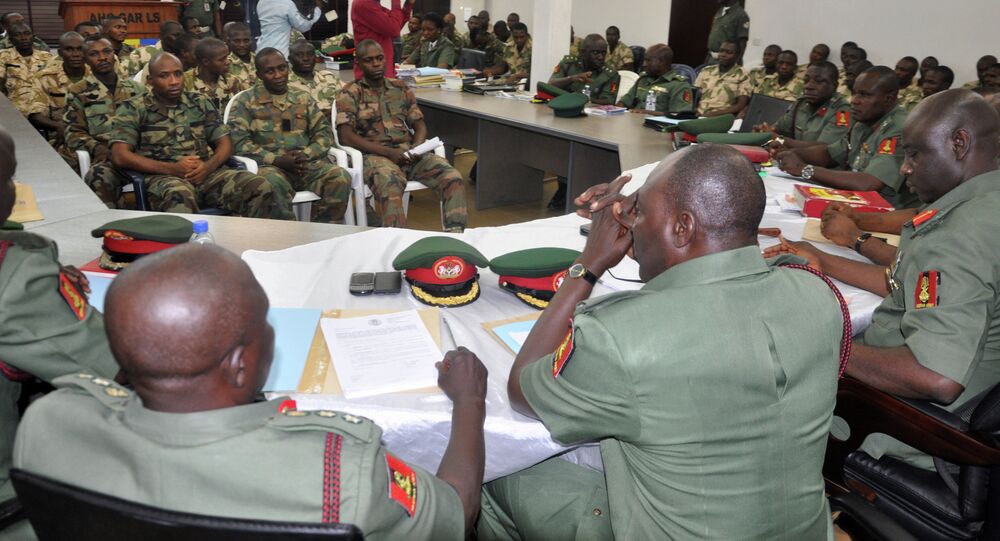 The combatants were accused of cowardice and mutiny, though many of Nigerian soldiers complain that they just lack sufficient equipment to combat Boko Haram.

MOSCOW, December 18 (Sputnik) — 54 soldiers were sentenced to death by a Nigerian court on Wednesday, as they had refused to fight against Boko Haram and reconquer towns captured by the militant Islamist group, according to AP.

The soldiers were charged with "conspiring to commit mutiny against the authorities of 7 Division, Nigerian Army," according to the news agency. 54 combatants were sentenced to death for cowardice, while 5 others were found not guilty, said men’s lawyer, Femi Falana.

© AP Photo
Islamic State Has Spread its Influence to Nigeria's Boko Haram Terrorists
Nigerian combatants frequently made complaints that Boko Haram militants were far better equipped and, therefore, had a considerable advantage. Many soldiers were sent to battles where they had little chance for success, while their salaries were even not paid in full.

As recently reported by Al Jazeera, Boko Haram militants killed 32 people in the village of Gumsuri and abducted about 100 more, including women and children.

Meanwhile, officials from the neighboring Cameroon announced that 116 members of Boko Haram were killed by the country’s military forces, after the fighters launched an attack on a military base near the border with Nigeria, according to the newspaper.