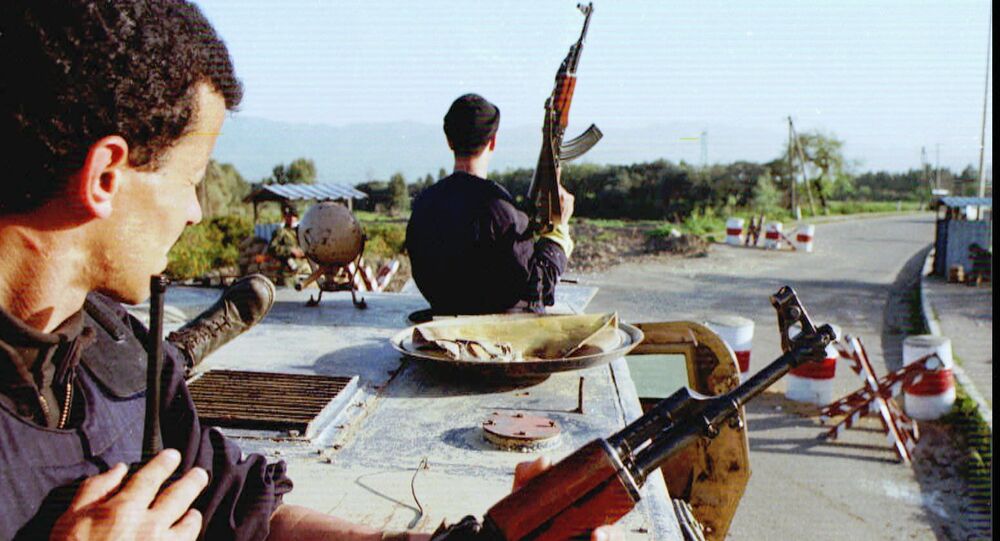 Algerian authorities have identified the body of one of the suspects in the beheading of Frenchman Herve Gourdel, according to Justice Minister Tayeb Louh. Last month, the minister announced the death of another man involved in the killing.

The authorities have identified the body of one of the suspected murderers who was "killed recently by the army", Justice Minister Tayeb Louh said as quoted by the news agency.

Last month, the minister announced the death of another man implicated in the Gourdel’s gruesome murder.

© REUTERS / Stringer
Islamic State Wants to Sell Body of James Foley for $1 Mln: Report
The 55-year-old Frenchman was kidnapped in September and then was beheaded by Jund al-Khalifa (Soldiers of the Caliphate), a militant group that has pledged allegiance to the Islamic State (IS).

Jund al-Khalifa militants said they killed Gourdel in revenge for France’s participation in a US-led campaign against IS militants in Iraq.

The Algerian authorities declared a manhunt for 15 people presumed to be involved in the abduction, and are focusing their activity in Kabylie region east of capital.

The fugitives include Jund al-Khalifa leader Abdelmalek Gouri, 37, who is also known as Khaled Abu Souleiman, according to AFP.

The group was formed late August. It split from al-Qaeda in the Islamic Maghreb and pledged allegiance to the IS.