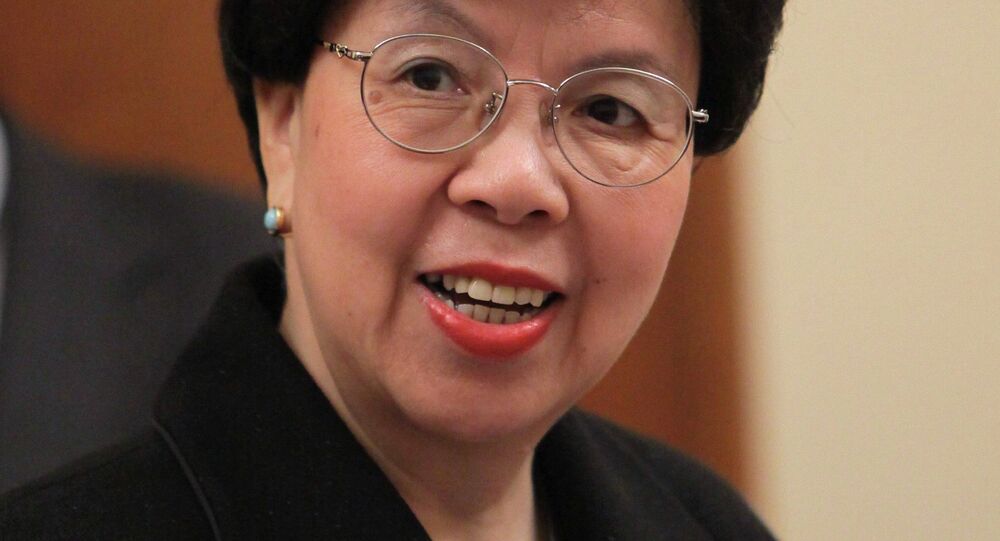 WHO General-Director Margaret Chan said it was the relaxed attitude within the international community that resulted in worsening of the Ebola outbreak this summer. According to December 3 estimates by WHO, the total number of confirmed, probable, and suspected cases of the Ebola virus has exceeded 17,000, with over 6,000 deaths reported.

MOSCOW, December 10 (Sputnik) — The relaxed attitude of the World Health Organization (WHO), its partners, and national governments to the Ebola outbreak in May resulted in further transmission of the virus during the summer, WHO General-Director Margaret Chan admitted in a Wednesday interview with BBC.

"In fact, by the end of April this year and almost a good part of the month of May the countries were seeing less cases, hospital[s] became empty, and, unfortunately, all responders, including many of our partners and WHO and the government[s] were relaxed and only to find in June, mid-June, late June that the disease is coming back," Chan stated during her interview with BBC News.

© REUTERS / 2Tango/Files
Number of Ebola Virus Cases Exceeds 17,000: WHO
Chan also said that the absence of trust in communities within the Ebola-stricken countries was also to blame for the spread of the virus. She said local residents hid the bodies of their relatives at home, fearing that "people in space suit[s]" would take them away.

"We must bring the community on our side to fight the Ebola outbreak," Chan added, noting that unless the virus is stopped in the affected countries, "the risk to the world is always there."

The current outbreak of the Ebola virus started in Guinea in December 2013, reaching Liberia, Sierra Leone, Nigeria and Senegal in the first months of 2014.

In October 2014, the WHO declared Nigeria and Senegal free of the virus.

According to December 3 estimates by WHO, the total number of confirmed, probable, and suspected cases of the Ebola virus has exceeded 17,000, with over 6,000 deaths reported.

Complacency Major Obstacle in Fight Against Ebola: WHO Official

WHO to Hold Special Session on Ebola Next Month: Principal Legal Officer