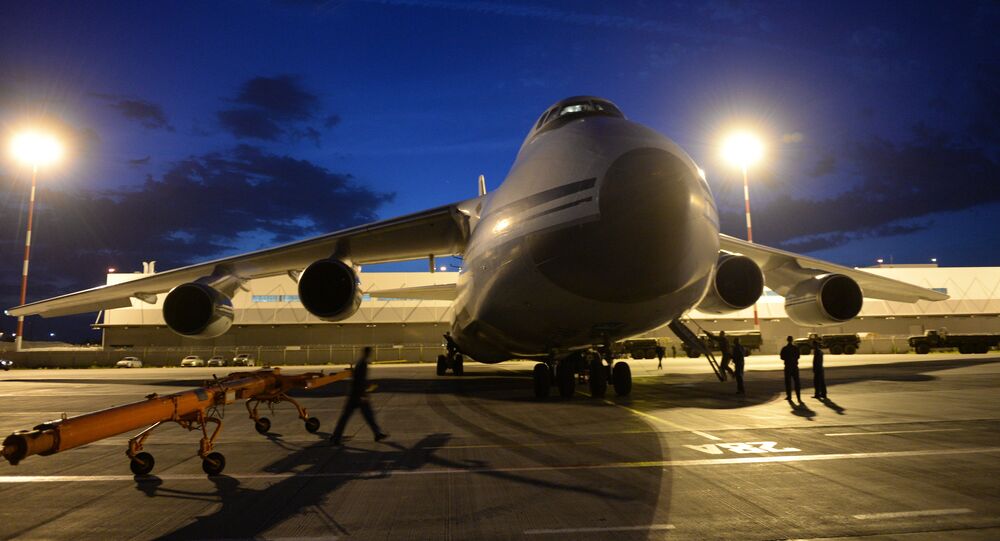 French Embassy in Nigeria stated on its official website Sunday that Russian commercial plane detained in Nigeria on Saturday did not carry any weapons or ammunition.

MOSCOW, December 8 (Sputnik) – Russian commercial plane detained in Nigeria on Saturday, did not carry any weapon or ammunition, the French Embassy in Nigeria informed on its official website Sunday.

“Contrary to some press reports, there was absolutely no weapon, and no ammunition on board the aircraft,” the embassy’s statement said.

Following the checks, the aircraft heading to Njamena, Chad, was allowed to pursue its flight, the embassy stated.

Earlier, it was reported that the Russian cargo plane flying from the Central African Republic (CAR) to Chad and carrying two French helicopters, was detained by the Nigerian authorities in the city of Kano after emergency landing. The Nigerian inspectors decided to check the flight plan, the clearance and the cargo manifest of the aircraft.

Regarding the military equipment found on board, French embassy stated that using “chartered flights of various nationalities for military cargo transport” was a standard international practice, which reduces the cost of such transport operations.

“The use of Russian companies to transport French military equipment is common practice,” the statement emphasized.

As noted in the statement, moving military helicopters between CAR and Chad was part of the French contribution to fighting terrorism in the region.

US to Continue Security Cooperation with Nigeria: State Department