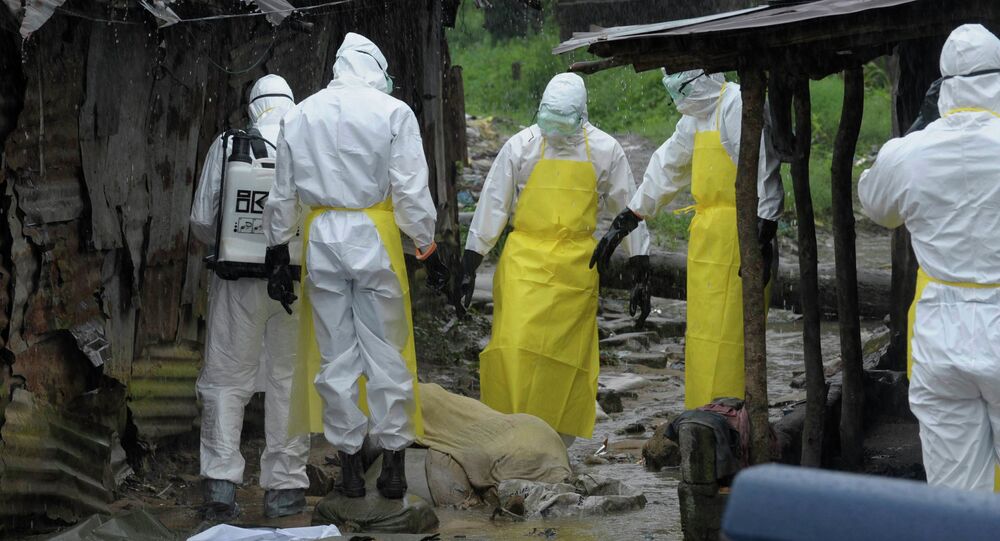 The World Health Organization has declared that a total 17,145 confirmed, probable, and suspected Ebola cases have been detected in West Africa.

MOSCOW, December 3 (Sputnik) — The number of confirmed, probable, and suspected cases of Ebola virus has exceeded 17,000, the World Health Organization (WHO) announced Wednesday.

"A total of 17,145 confirmed, probable, and suspected cases of Ebola virus disease have been reported in five affected countries (Guinea, Liberia, Mali, Sierra Leone, and the United States of America) and three previously affected countries (Nigeria, Senegal and Spain) up to the end of 30 November," WHO announced in the latest situation report.

According to the organization, 6,070 people have been killed by the virus.

WHO noted that the number of cases is still increasing in Guinea and Sierra Leone (77 and 537 new confirmed cases in the week to 30 November respectively), and is stable in Liberia.

In comparison to the previous report from November 26, the number of reported cases has grown by 1,210, and the number of deaths – by 381.

The current Ebola epidemic started in southern Guinea in December 2013 and soon spread to Liberia, Sierra Leone, Nigeria and Senegal. The last two countries recently have been declared free of the virus.