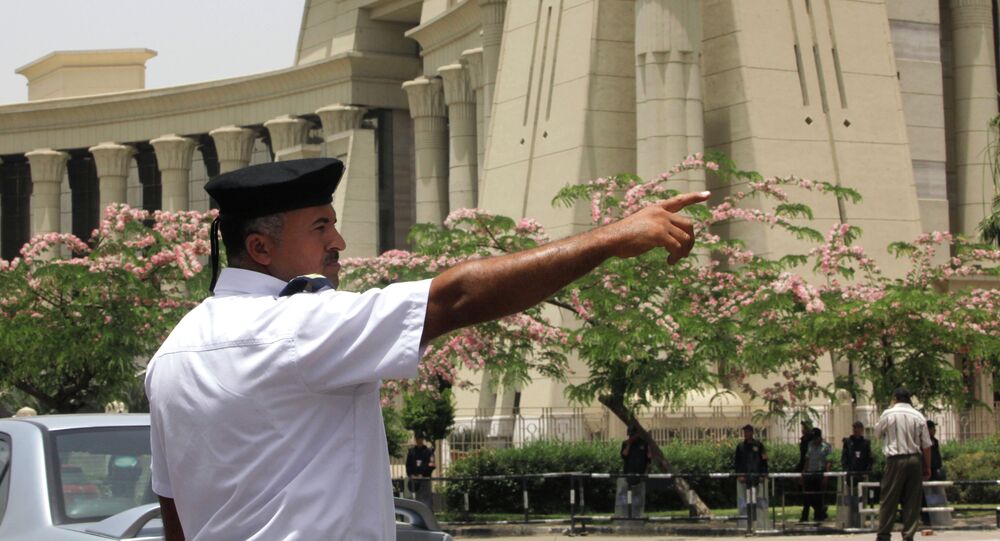 Human Rights Watch has condemned the deatd sentences to 188 defendants, convicted of participating in an attack on a police station in the governorate of Giza in August 2013.

© East News / AP
Egypt's Court Sentences 188 Ex-President Morsi's Supporters to Death
MOSCOW, December 3 (Sputnik) – The decision by an Egyptian criminal court to hand down death sentences to 188 defendants has been condemned by the Human Rights Watch (HRW) on Wednesday.

"Mass death sentences are fast losing Egypt's judiciary whatever reputation for independence it once had. Instead of weighing the evidence against each person, judges are convicting defendants en masse without regard for fair trial," Sarah Leah Whitson, executive director of HRW's Middle East and North Africa division, commented on the organization's website on Egypt’s third mass death sentence this year.

The death sentences are provisional, meaning that they still have to be approved by the Grand Mufti, Egypt's highest religious authority.

On Tuesday, Judge Nagi Shehata handed down the sentences to all 188 defendants, convicted of participating in an attack on a police station in the governorate of Giza in August 2013. The attack, known as the Kerdasa massacre, claimed the lives of 11 police officers and two civilians. It took place shortly after the military coup that dethroned former Egyptian President Mohammed Morsi.

This is a third mass sentence this year. All of them targeted members of the Muslim Brotherhood, the Egypt's largest opposition movement. After Morsi's ouster, the group was declared a terrorist organization by the government.