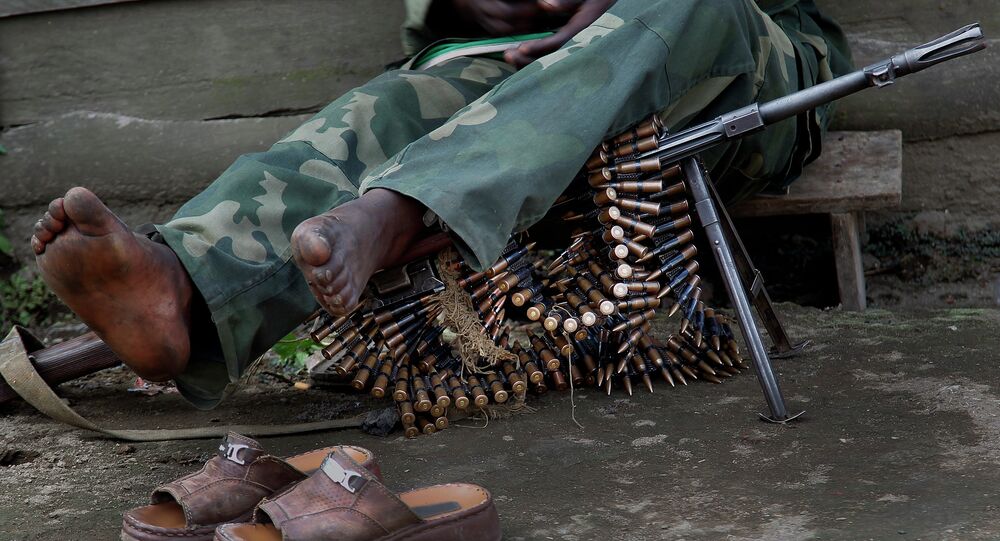 The team of Special Envoys on the Great Lakes region of Africa strongly condemned the killing of civilians in the Democratic Republic of the Congo and urged the country's government to start a military action against all armed groups in the region.

UNITED NATIONS, December 3 (Sputnik) - The team of Special Envoys on the Great Lakes region of Africa on Tuesday condemned civilian massacres in eastern Democratic Republic of the Congo (DRC) and called on the government of the country to “engage in robust military action” against armed groups operating there.

[The Envoys] “strongly condemn these massacres which have been attributed to the militia group ADF [Allied Democratic Forces] and stress the fact that there should be no impunity for those responsible for human rights abuses and violations of international humanitarian law in the region... They encourage the DRC government to engage a robust military action against this group,” the official statement said.

The team also called for similar action against all the other armed groups in the region, especially the Democratic Forces for the Liberation of Rwanda (FDLR).

A spate of civilian massacres has recently taken place in eastern DRC, particularly around the town of Beni, in North Kivu province.

Some 100 civilians, mostly women and children, were killed in the latest of the militia’s attacks on November 20, bringing the total number of victims to more than 200 since mid-October, according to the group of Special Envoys. The massacres were condemned “in the strongest terms” by UN Security Council.

The team of Special Envoys on the Great Lakes region of Africa comprises of several UN and EU officials, as well as representatives of the African Union and the United States.