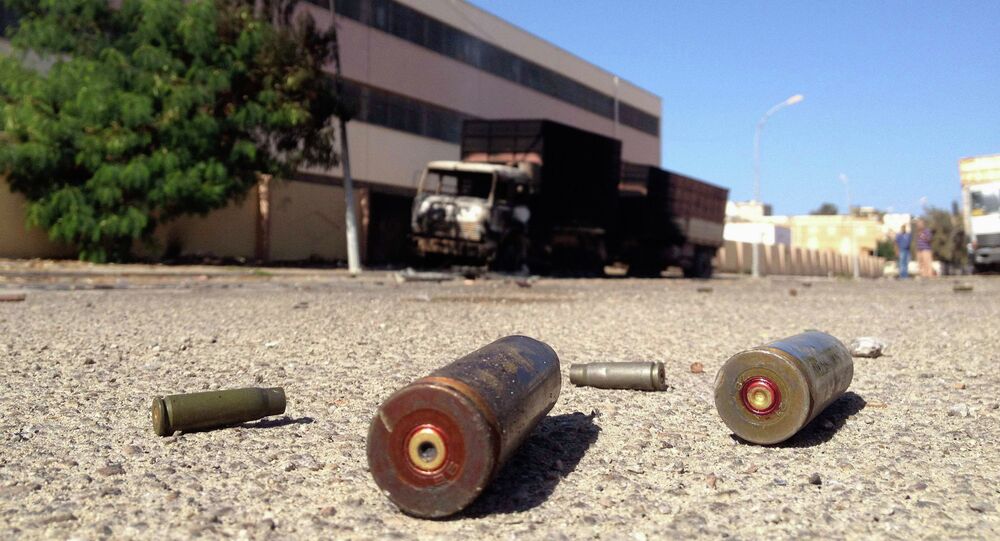 Cameroon’s army is losing its strength and morale in its attempt to stop cross-border incursions by Boko Haram. At the same time, the militant group is gaining power as it captures heavy weaponry.

© East News / AP Photo/Muhammed Giginyu
Boko Haram May Be Behind Latest Attack in Nigeria: US State Department
MOSCOW, December 2 (Sputnik) — Boko Haram is rapidly becoming a regional threat and the battle against the Nigerian Islamist group is meant to be a large-scale regional campaign, however, for Cameroon’s soldier on a desperate frontline, AFP reports.

"We are fed up with fighting this war all alone," a Cameroonian officer said, describing the fight with Boko Haram and the lack of military support.

"The attacks against our territory come from a neighboring country, which calls itself sovereign and does nothing," said a defense ministry official who asked not to be named, as quoted be AFP.

The official also complained that Cameroon has been drawn into a "proxy war" against Boko Haram, which intensified violence in villages in Cameroon’s far north and in Nigeria.

Last Friday, suspected Boko Haram militants conducted a suicide bomb and attack on the central mosque in the Nigerian city of Kano killing at least 120 people.

© AP Photo / Jon Gambrell, File
Disguised Boko Haram Militants Attack Market
Cameroon’s army is losing its strength and morale in its attempt to check cross-border incursions by Boko Haram. Such a task is hard because the militants continue to grow in strength and ambition. "Each time Boko Haram captures a town in Nigeria, it recovers all the military equipment there. So now they really have heavy weaponry," a source in the intelligence services said, as cited by AFP.

In mid-October, Islamists equipped with a tank and a booby-trapped car bomb sieged an army position in Amchide. The fighting left 107 Boko Haram members and eight Cameroonian soldiers dead.

"We are on our own at the front," said a commander of the elite Israeli-trained Rapid Intervention Brigade.

In northeastern Nigeria, Boko Haram controls large swathes of territory abandoned by the authorities, leaving local residents to the mercy of fate.

© AP Photo / Adamu Adamu
Boko Haram Attack Leaves 48 Fish Venders Dead: Reports
In Amchide, Cameroonian troops face the enemy, which positioned itself around the far end of a bridge marking the border. Boko Haram routed Nigerian forces, and now the militants are only separated from Cameroonian soldiers by a deserted no man’s land.

In August, 500 Nigerian troops crossed into Cameroon, but the army command reported the soldiers were "charging through the borders in a tactical maneuver", according to AFP.

The Cameroonian army is getting used to seeing Nigerian soldiers arriving, but for a quite different purpose – fleeing Boko Haram.

Meanwhile, Cameroon has come under criticism from neighbouring countries and former colonial power France for not taking measures to stop Boko Haram from using its territory as a support base for its war in Nigeria.