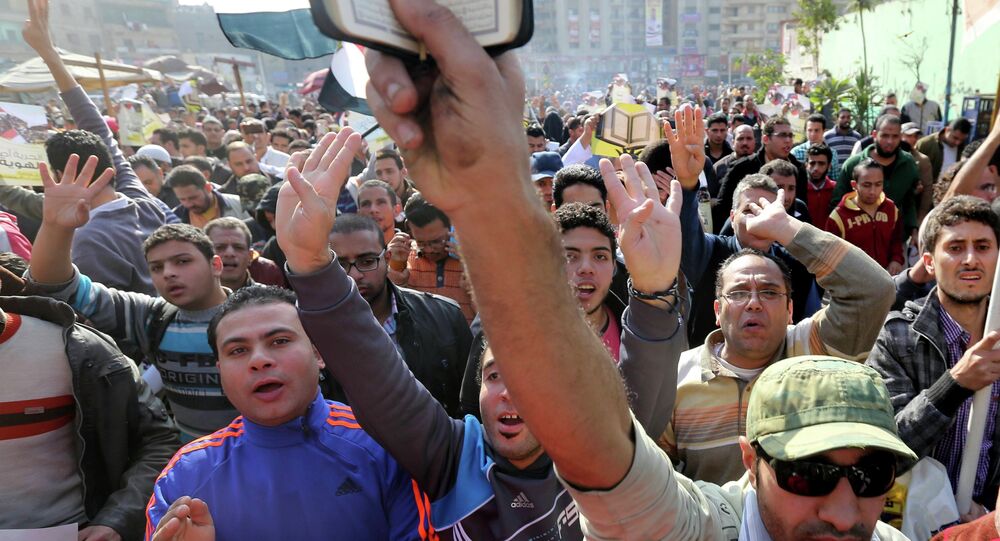 A drive-by shooting and violent protests in Egypt claimed six lives on Friday and left another 26 people wounded.

MOSCOW, November 29 (Sputnik)  —  A drive-by shooting and violent protests in Egypt claimed six lives on Friday and left another 26 people wounded.  Islamists protested around the country, according to security sources and health ministry officials.

The demonstrations were organized by a hardline Salafi group calling for the ousting of the President Abdel Fattah al-Sisi and his government, who led last year's overthrow of President Mohamed Mursi.

Security officials say that at least three protesters were killed in clashes with the police in the city of Matareya, on the outskirts of Cairo, a frequent protest hot spot. Around the country,  about 26 protesters were injured and more than 200 were arrested, state media reported. A few improvised explosives detonated without injuring anyone, and the police say they were able to defuse 10 more.

The police were able to disperse the demonstrations.