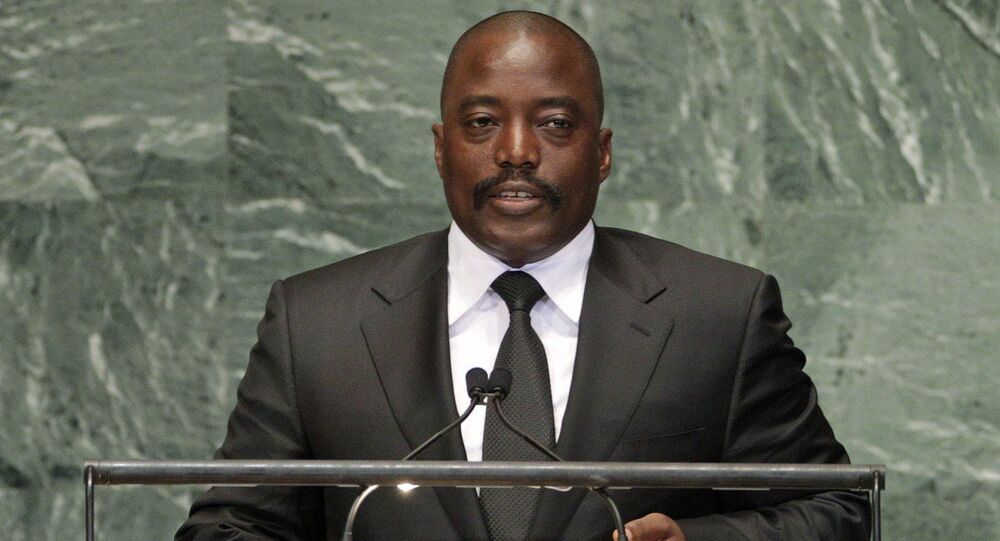 Mass murders in the war-torn eastern part of the Democratic Republic of Congo have claimed about 100 civilian lives.

MOSCOW, November 24 (Sputnik) — Islamic militants of the Allied Democratic Forces, originating from Uganda and aligned with the Al-Shabaab terrorist organization, have allegedly massacred about 100 civilians in the eastern part of the Democratic Republic of Congo near the Ugandan border, a region where civilian killings and clashes with the Congolese army are common.

UN Security Council Condemns M23 Rebel Attacks in DR Congo
Roughly 100 civilians had been massacred last week in the volatile region of North Kivu of the Democratic Republic of Congo, where Islamic militants of Uganda’s Allied Democratic Forces (ADF) have been active recently. The mass slaughter occurred in the vicinity of the town of Beni, where ADF has been undertaking gory attacks on the local population, having claimed more than 200 lives since October.

“I have a figure of 95 bodies buried in a common grave," as well as “nine others that were shown to authorities in a morgue," opposition MP Juma Balikwisha said as quoted by AFP.

The Parliament majority is more cautious in their estimates. “We still don’t have a definitive toll. It lies between 70 and 100 people killed," said Albert Baliesima, an MP for the parliamentary majority supporting President Joseph Kabila.

© Flickr / United Nations Photo
Some 20 People Killed in Second DR Congo Massacre: Reports
The Beni-based human rights group, The Civil Society of North Kivu, blames the killings on ADF Islamists, saying that they have committed several massacres since early October. The region has been a battleground between the Congolese military (FARDC), supported by a UN special mission, and the ADF militants. Regional officials claim they are unaware of precisely who massacred the 100 people, as the location is a warzone, which makes is virtually impossible to distinguish the side responsible for the excessive violence.

Locals say the 95 dead bodies were found in a bush and later interred near the rural settlement of Tepiomba.

The UN representative in the region, Said Djinnit, said in a statement “that the worsening situation in the Beni area … calls for decisive action towards neutralising all negative forces in the DRC, as per the decisions of the regional leaders and the UN Security Council,” without actually naming the entities possibly involved in the killings.

President Kabila vowed to “win against the terrorists” in late October, however, the inability of his government to put an end to the violence in the area caused a street protest on November 2 with local residents dismantling the statue of the president and burning flags of the ruling coalition.

The ADF Islamic militants, roughly 400 in number, are contained by the joint FARDC-UN forces, and the scope of their operation is limited. The mass killings, therefore, might have been committed by some other entity, hostile to local residents.
...
Reddit
Google+
Blogger
Pinterest
StumbleUpon
Telegram
WhatsApp
55