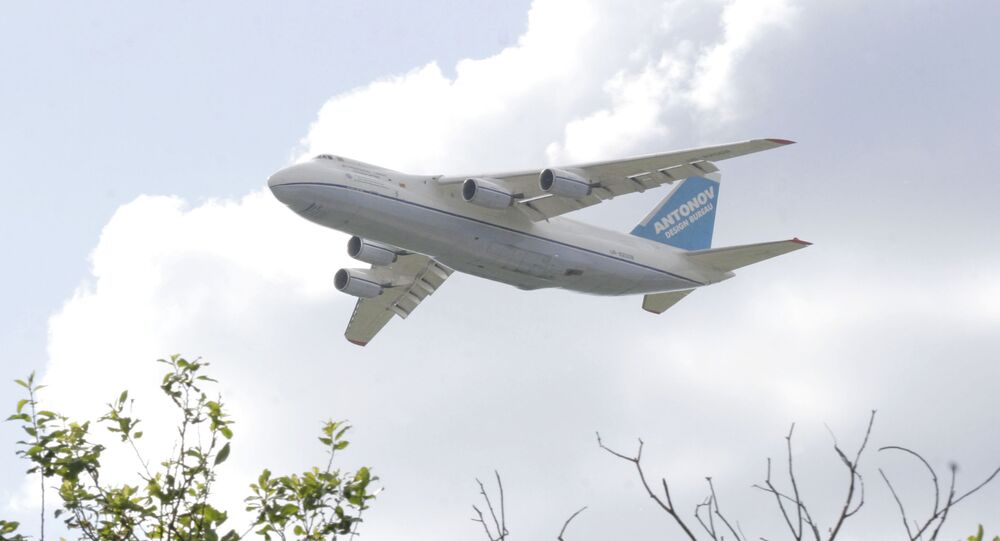 According to Russian Defense Ministry's spokesman, the An-124 military transport aircraft have delivered more than 150 tons of medical equipment for the establishment of a field hospital in Guinea.

MOSCOW, November 16 (Sputnik) — Russian An-124 Ruslan aircraft with a field hospital and a stock of medicines on board have landed in the Conakry airport, Republic of Guinea, a spokesman for the Russian Ministry of Defense said Sunday.

“The An-124 military transport aircraft of the Russian Air Force with the field hospital and medicine aboard for the Republic of Guinea have landed in the Conakry airport (Republic of Guinea). The crew of the military transport aviation aircraft carried out a 10-hour-long flight from Sochi [Russia] to Conakry, covering the distance of about 6,500 kilometers (more than 4,000 miles),” Maj. Gen. Igor Konashenkov said.

Konashenkov added that at the moment the planes are being unloaded at the Conakry airport, and more than 150 tons of medical equipment for the establishment of a field hospital will be given away to Guinea. Special vehicles designed for the safe transportation of those infected with the deadly virus from the Ebola-stricken regions are also being donated.

On Saturday, Dmitry Peskov, the Russian President's spokesman, announced that Russia has decided to donate a mobile clinic to Guinea to help fight the spread of Ebola in the West African country. According to Peskov, Russian President Vladimir Putin had instructed Minister of Defense Sergei Shoigu to arrange the prompt transport of the equipment.

According to the latest report by the World Health Organization (WHO) published on November 14, a total of 14,413 confirmed, probable and suspected cases of Ebola virus disease have been reported so far in six Ebola-affected countries – Guinea, Liberia, Sierra Leone, Mali, Spain and the United States of America – and two previously affected countries – Nigeria and Spain. The disease has already claimed 5,177 lives.