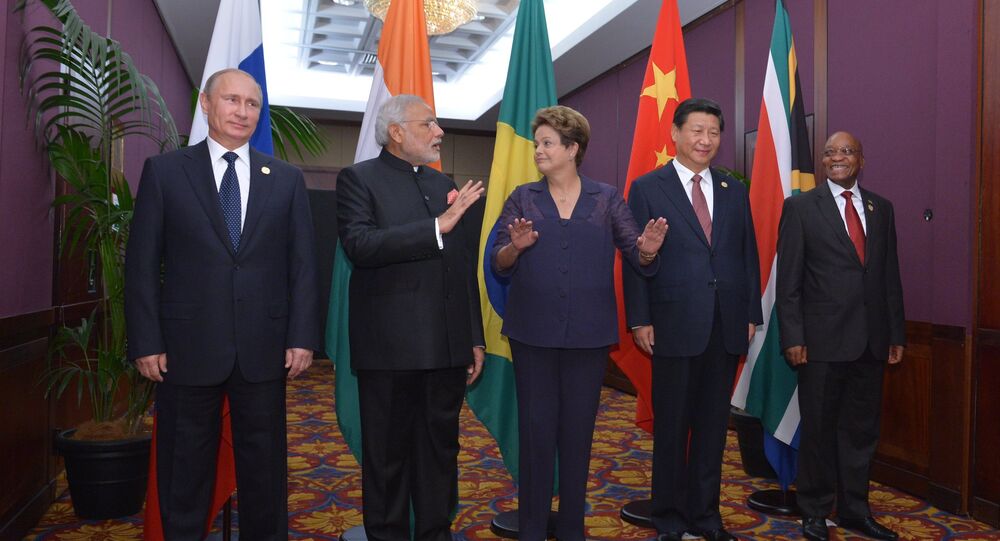 The BRICS leaders asserted their support for the efforts of the UN and its specialized agencies, including the World Health Organization.

BRISBANE, November 15 (Sputnik) — The BRICS leaders announced Saturday they are concerned about the Ebola epidemic and expressed their full support for the United Nations (UN) in fight against the virus.

The BRICS leaders voiced deep concerns about the further transmission of the virus and the serious economic and social consequences that follow from it.

They reaffirmed their commitment to collaborate with the international community in a bid to combat the epidemic. They also asserted their support for the efforts of the UN and its specialized agencies, including the World Health Organization (WHO).

The BRICS group, which comprises Brazil, Russia, India, China and South Africa, convened a meeting Saturday in Brisbane, Australia, within the framework of the G20 summit. The summit is to focus on the recovery from the global financial crisis, climate change, employment, labor mobility and Ebola among other topics.

According to WHO estimates as of November 11, a total of 5,177 people have died from the Ebola virus, with the number of confirmed, probable and suspected Ebola cases climbing to almost 14,500.